Android users with either custom ROMs on their devices, or sideloaded apps that have not been downloaded from the Google Play Store, can find updating those installed apps to be quite the conundrum. Luckily, there’s a new app called APKUpdater which can help alleviate that issue.

APKUpdater works by first scanning and searching for installed apps on the device and then displays app updates available from a number of known and trusted third-party sources for apps that are found to be outdated on the said device. 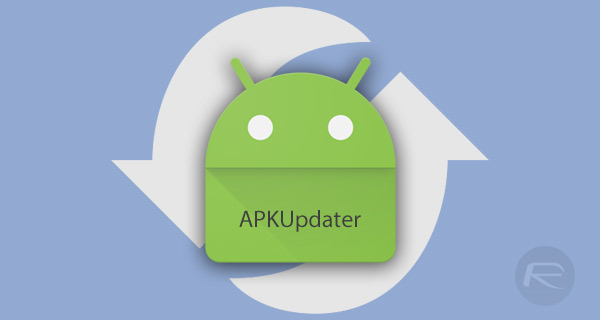 The APKUpdater app itself has been created by a developer called rumboalla who is a prominent member of the XDA development community. Like mentioned above, it is basically designed to scan through the list of all installed apps on an Android-powered smartphone or tablet and then locates and displays potential updates for those installed apps.

Additionally, APKUpdater has also been given the power to optionally scrape the Google Play Store without direct access on the device to try and find any potential app updates.

One downside is that it won’t actually allow you to install all updates automatically, instead forcing you to go through a one-by-one installation process. 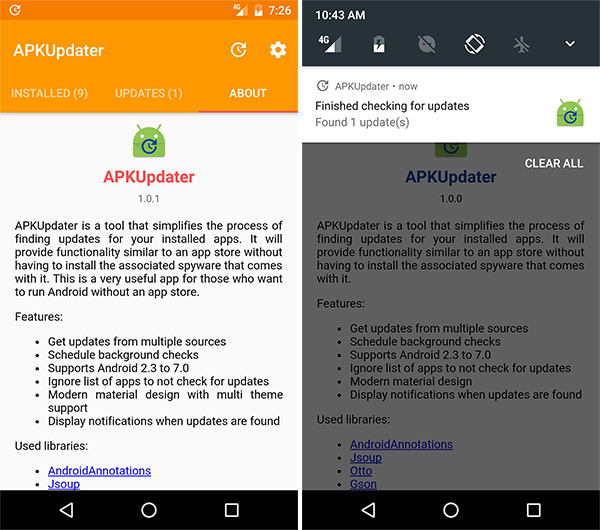 Limitations aside, it’s still actually a very handy and very impressive little app which could definitely prove extremely useful in situations where a device owner simply can’t get access to the Google Play Store, but knows there is potentially an update available that they are missing out on.

Definitely one of those niche app experiences which isn’t particularly useful until it is actually useful. 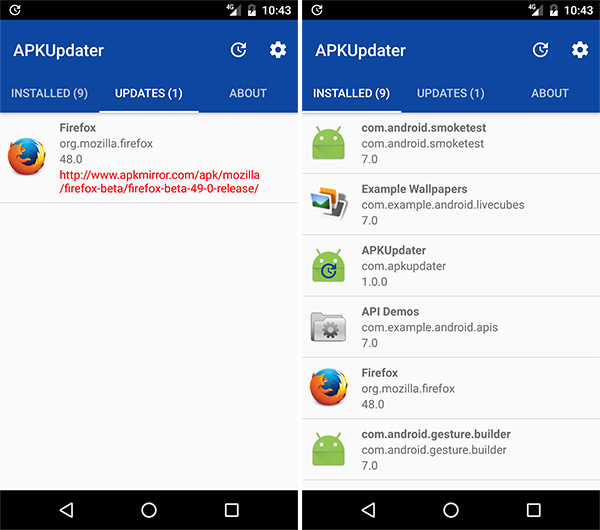 If you are an Android user who happens to sideload apps a lot, or have a custom ROM installed on the device with no access to Google Play Store, this APKUpdater utility is pretty much a must-have for you.

If interested, you can grab the APKUpdater from XDA-Developers here. Installation of APKUpdater is as easy as sideloading any other Android app APK. APKUpdater is compatible with devices running Android 2.3 to 7.0.