It’s getting to the point where you cannot leave your home without someone apparently throwing an iPhone 8 leak at you, because at this rate, we may not go a day between now and the phone’s announcement without someone, somewhere, leaking information about it.

The latest comes courtesy of various sources on Twitter, though none are able to fully confirm its legitimacy. With that in mind, we have to suggest a dose of cynicism here, but this new leak of supposed iPhone 8 schematics does jive well with information appearing elsewhere.

Spotted via Twitter account @OnLeaks amongst others, this new leak comes in the form of a schematic that clearly depicts an iPhone with the vertical twin-camera configuration we have seen pop up of late as well as a large area that could potentially be space for a wireless charging component to live.

Nowhere on the schematic is anything to suggest a rear-facing Touch ID sensor as has also been rumored so heavily, though that does not necessarily prove a lot as to this leak’s accuracy. 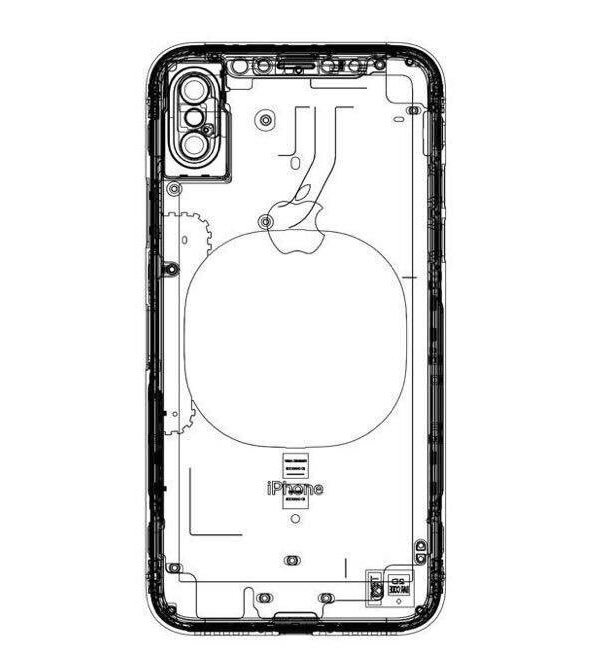 We really would not want to try and guess which side we think you should place your trust, but with the sheer number of leaks appearing over the last week or two alone, it is looking increasingly likely that the next five months are going to be very interesting indeed.

We just hope that there are at least some surprises left when Tim Cook takes to his stage to announce the new iPhones in September.