iPhone and iPad users have become accustomed to receiving an app for free every week, courtesy of the App Store team. Recently, Google has follow suit by introducing a similar promotion onto its Play Store for owners of Android devices. This week, both Apple and Google are offering up exciting games as part of their respective promotions. 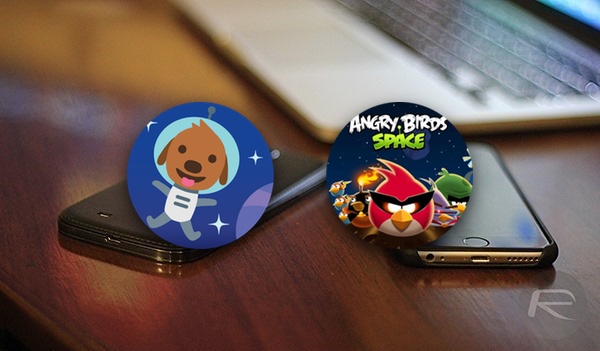 The app being served up for free to Android smartphone and tablet owners is Sago Mini Space Explorer. Gamers are invited to adopt the role of Harvey the Dog and blast off into space in an exploration mission that’s like no other. Harvey is capable of jetting through a beautifully crafted space environment to explore amongst the stars, planets and discover a number of alien surprises along the way. Gamers can enjoy the delights of the lovable hug-bot, fly around in an alliance flying saucer, and even enjoy an interstellar picnic with newly found alien friends. The game, aimed at toddlers and preschoolers, is controlled using simple finger gestures and contains more than thirty fun animations to discover throughout. 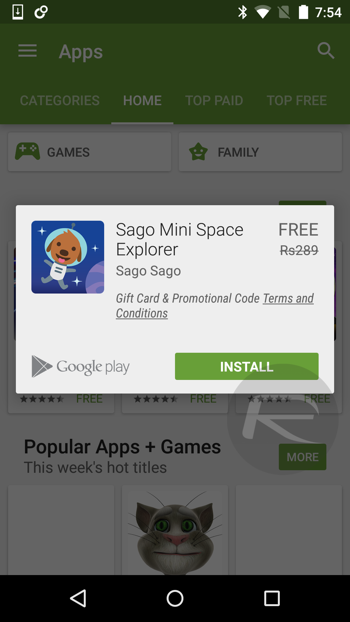 In keeping with the spirit of giving, Apple is clearly looking to drum up some interest in the Angry Birds sequel slated for a July 30 release by offering up Angry Birds Space as its free ‘App of the Week’ this week. The ‘Space’ edition of the Angry Birds franchise contains over three hundred space themed levels spread across ten different planets. The game itself is packed full of entertainment for even the most hardcore fan. New playable characters have been introduced that don’t appear in the initial Angry Birds game as well. Angry Birds Space even contains hidden bonus levels as well as a variety of awesome trick shots that utilize the gravity of available planets. What better way to enjoy those increasingly angry birds than in zero gravity. 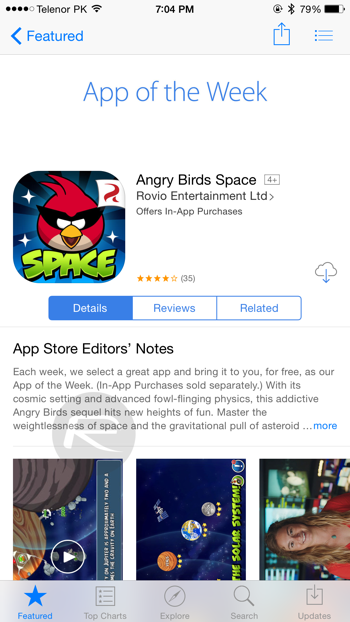 Sago Mini Space Explorer for Android usually sells for $2.99 on the Play Store, whereas Angry Birds Space carries a price tag of $0.99 for the iPhone version and $2.99 for iPad.

You can download Angry Birds Space for iPhone from here, and iPad from here. Sago Mini Space Explorer for Android can be downloaded directly from the Play Store on your smartphone or tablet here.