Interesting news coming out of Canaccord Genuity analysts T. Michael Walkley, Charles John and Matthew D. Ramsay today suggests that while Google’s Android smartphones may be popular amongst many buyers, those same customers are turning to Apple to scratch their tablet itch. 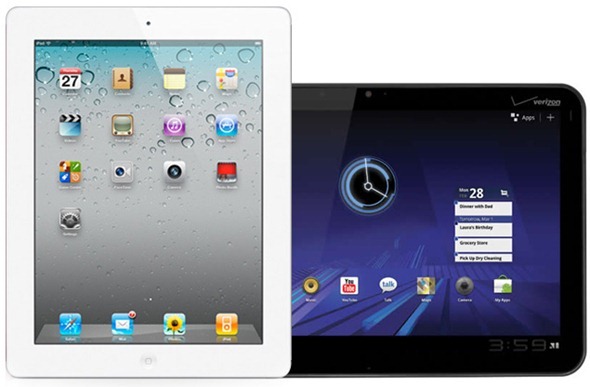 The report suggests that current Android smartphone owners are turning their noses up at early Android based tablets such as Samsung’s Galaxy range and Motorola’s Xoom, with Apple reaping the benefits.

”Our smartphone and handset checks indicate iPads are selling better to Android smartphone users than the current Android tablets,”

According to the analysts, things aren’t likely to get better for Android tablet manufacturers any time soon either, with the higher prices of tablet applications likely to dissuade iPad users to make the switch to Android offerings – put simply, people won’t double-dip on apps they already bought on Apple’s App Store.

“we argue consumers purchasing a tablet are more likely to remain in that ecosystem given higher price points for tablet applications. With our checks indicating Android smartphone consumers are choosing the iPad versus Android tablets, we believe this is a powerful trend for Apple’s growing iOS base. Therefore, we anticipate Apple should maintain dominant share of the tablet market in C2011 and C2012.”

The news must make disturbing reading for the likes of Samsung, Motorola and Asus, who are all investing heavily in the Android tablet game. 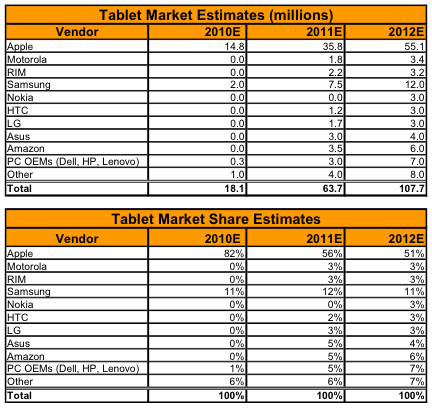 With Amazon also expected to join the rush to get an Android based slate into the hands of consumers, it’s possible an already under-performing market could become saturated.

One firm likely to do well despite this news is Microsoft. The analysts seem to think they will do well with their upcoming tablet-centric operating system Windows 8, though Microsoft’s Enterprise market is expected to once again be their bread and butter.

If these reports are to be believed, it appears the best way to beat Apple’s tablet dominance is to not compete with them at all. The lucrative business market is still wide open, with Research In Motion’s BlackBerry PlayBook not taking the enterprise by storm as expected.

New Palm owners, HP, are also trying to market their recently-released TouchPad as a business-savvy tablet machine, though the level of success they have here remains to be seen.