Android Notifications Are Coming To Windows 10

Microsoft already classes Windows 10 as a commercial and consumer success, but that doesn’t mean the software giant is going to take the foot off the pedal and step back from taking the platform to the next level. After already using the annual Build conference to announce a feature-packed Windows 10 Anniversary Update, Microsoft has now announced that their latest operating system will soon offer support for a number of Android notification types pulled directly from a smartphone or tablet to the Windows 10-powered computer.

One of the sessions at Build 2016 has provided additional details on this functionality, specifically talking about how missed calls, messages, and a variety of other notification types from an Android device will be routed through to a connected Windows 10 PC to alert the user without having them to move away from the computer itself. 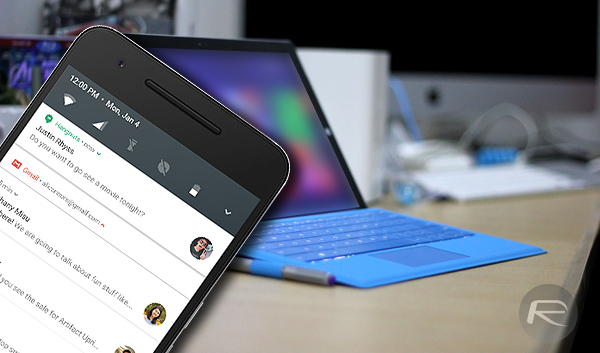 In order to leverage this functionality and make sure that the experience is as seamless as possible, Microsoft will be using the availability of the native Cortana for Android app in conjunction with Cortana in Windows 10.

For this level of integration, Microsoft will ensure that Cortana for Android is capable of intercepting the incoming Android notifications and create a cloud-based cache of them. These notifications would then be mirrored onto the Windows 10-powered PC, allowing the user to interact with them accordingly. This level of interaction is multi-faceted, and will not only allow PC owners to read and reply directly to notifications from the computer, but will also afford users with the luxury of dismissing notifications on the Android device directly from the Windows 10 PC. 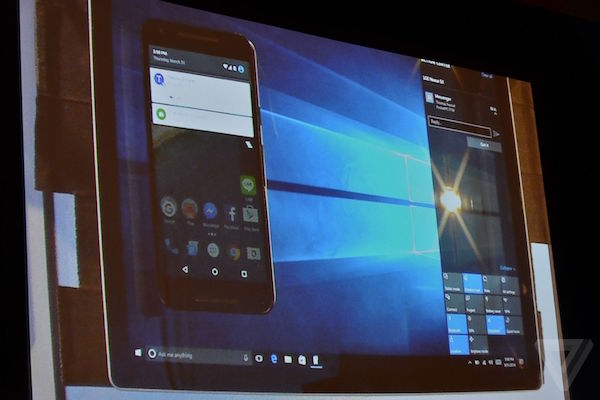 Such a feature-set will definitely be appealing to Android smartphone and tablet owners who prefer Windows 10 for their desktop needs. However, mobile users invested in Apple’s iOS ecosystem will not be able to benefit from this system unfortunately – at least not anytime soon. Apple essentially operates all of its platforms, such as iOS, watchOS and tvOS, within a very limited walled-garden, meaning that unless Apple approves, Cortana for iOS will not be able to intercept iOS notifications being a third-party app, thus making it very difficult to replicate the same feature for an iPhone and iPad.

Microsoft has announced that this feature will be coming to a “future version” of Windows. An educated guess would suggest that it’s likely that we will see this new feature with the release of the Windows 10 Anniversary Update – codenamed Resdtone – in late July.