App Store Analytics website Distimo has reported that the Google Android Market has breached the 400,000 applications barrier in a rise that has seen the total number of apps on the Market double since April 2011. In April of last year; the Market rose to have an approximate of 200,000 applications, with that figure rising to 300,000 in August 2011 taking four months to gain an additional 100,000 applications. 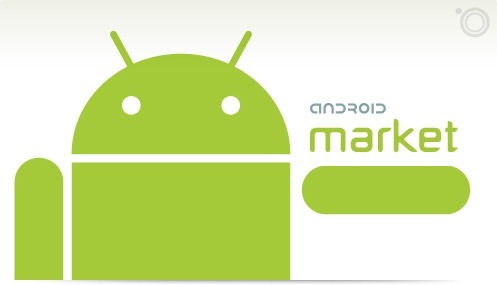 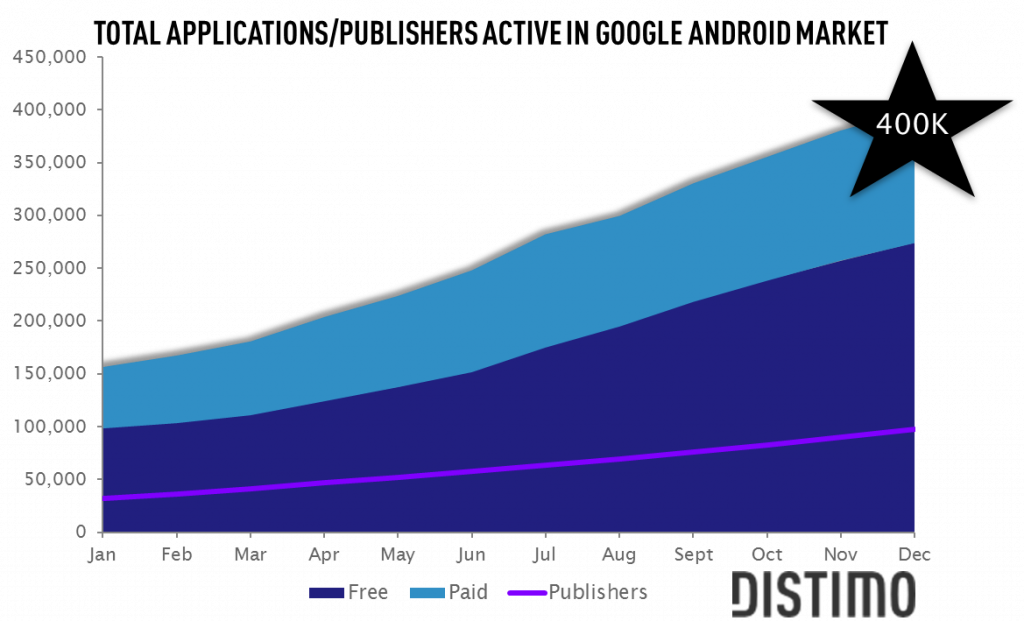 As a market place, the iOS App Store reached the 200,000 available applications in twenty one months in comparison to the thirty one months Android took. However, it took Apple an additional eight months to hit the 300,000 count, which the Android Market place managed in four. The comparison however perhaps isn’t a fair one as it isn’t comparing apples with apples (no pun intended). It is a well known fact that Apple test and inspect all submitted applications to make sure it does exactly what it says; it doesn’t contain any nasty surprises, whereas the Google model is somewhat more open, allowing for a faster submission time. 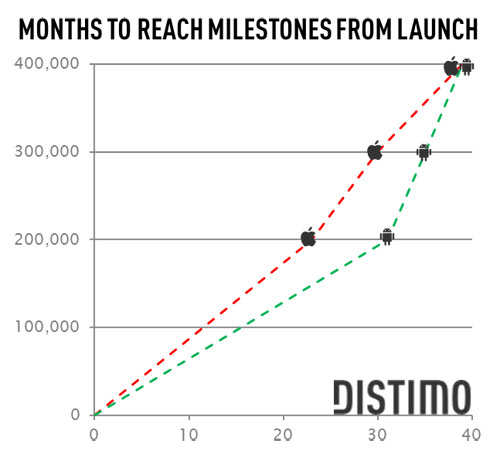 One trend which appears to be present across most mobile app stores at the moment is the consumer reluctance to pay for mobile software. Reports are indicating that approximately 68% of the applications within the Android Market are free of charge downloads which shows a rise of 8% since April 2011. Both market places have seen an insurgence of what is dubbed as freemium applications. Basically software which is free of charge to download but then requires an in-app purchase to unlock additional or premium content.

One interesting point to note is that well known development labs such as Rovio (creator of Angry Birds) and ZeptoLab (creators of Cut The Rope) have preferred to opt for the freemium model due to Android users reluctance to pay for apps, and also in an attempt to combat users not paying for paid apps. However, additional developers such as Epic Games and id Software have made a conscious decision to boycott bringing their software to the Android platform altogether due to the high piracy rate.