As a social network, Twitter has become a big player in the last year with over 200 million active account holders accounting for over 1.6 billion search queries each day. Unlike networks such as Facebook, Twitter exists to connect users to the combined knowledge of the world by allowing them to follow friends, experts, companies and celebrities. 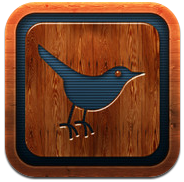 If you are an iPhone or iPod touch user then you will of no doubt trawled the App Store for a Twitter app, testing out a few and then settling for your favorite. One of the beautiful things about the combined Twitter and iOS community is the diverse opinions that people have about the available Twitter applications. Though there are tons of apps already out there to choose from, but coming across the right one is somewhat a challenge.

But what happens when you find yourself in an unexpected situation and you want to send out a quick tweet to your followers? You could load up your favorite application, wait for the timeline to refresh, dismiss any errors that may occur due to poor cellular data signal and then find yourself totally side tracked by all of the features. Its an annoyance we face from time to time don’t we? Yes we do, at least I do.

Alternatively, you could just download and open up the Tweet Time application which enables a quick and efficient tweeting experience for devices running iOS 5 and above. By making use of the new Twitter framework, Tweet Time pulls directly from your configured Twitter accounts meaning no horrible third party log in screens or worries about sharing passwords. 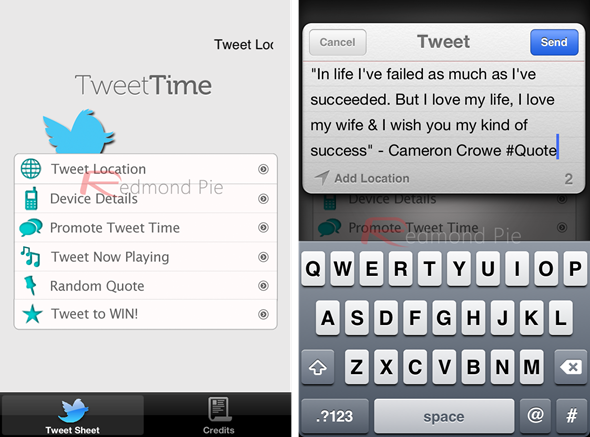 Tweet Time has been designed primarily for those quick tweets that all Twitter users send on a daily basis. Built upon an official framework with a beautiful and elegant user interface, Tweet Time has the following features:

· Embed a Google Map with current location taking from the devices GPS coordinates.

· Tweet Now Playing directly from your iPod, including album artwork.

· Tweet to win. The possibility of winning iOS accessories as well as all future apps by the developer.

Tweet Time is no doubt a beautiful looking application which mixes elegance and simplicity but it does lack in a few areas. The development team are currently working on an update which will add the ability to upload photographs direct from the device’s camera or camera roll. Its particularly something which I’m looking forward to, since I’m a big fan of uploading random images on Twitter for no obvious reason. Don’t we all?

For a price of just one buck, I believe its worth it! Head over to the link embedded below and give Tweet Time a spin.