Last year’s announcement and subsequent release of the iPhone 5s brought quite a few surprises along with it. Sure, we suspected long before the September showcasing that it would include a fingerprint sensor, gold color configuration and several other such treats, but even though we anticipated the customary processor bump, the 64-bit architecture of the Apple A7 caught everybody off-guard. It was a first in the smartphone industry, and while we expect the iPhone 6 to follow suit sometime next month, it also won’t be too long before Android L releases adopt 64-bit SoCs as standard.

Prominent chip maker NVIDIA has just unveiled the new “Denver” mobile processor, a variant of the ubiquitous Tegra K1 chip, and will, in the not-so-distant future, bring 64-bit processing to Android handsets across the industry. 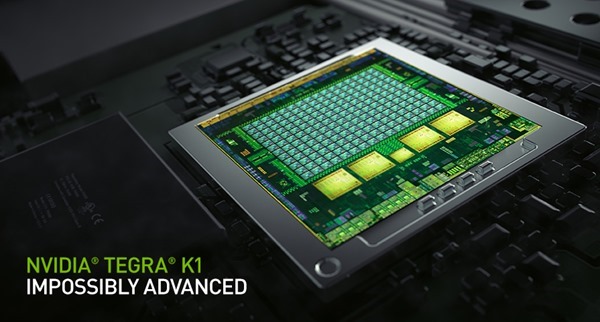 Although Apple’s 64-bit A7 was treated with a fair dose of significance on the consumer side, chip makers descended into full-scale panic, having been hit with a curve-ball that it simply did not see coming. The Cupertino company’s ability to keep everything under wraps meant that the iPhone 5s has yet to face a 64-bit competitor, and with a year having passed, NVIDIA is finally pushing the envelope along with several competitors.

Denver is actually a combination of the Kepler GPU and a brand-new 64-bit dual-core CPU, and with ARMv8 compatibility, could prove a popular choice for a large portion of Android vendors. 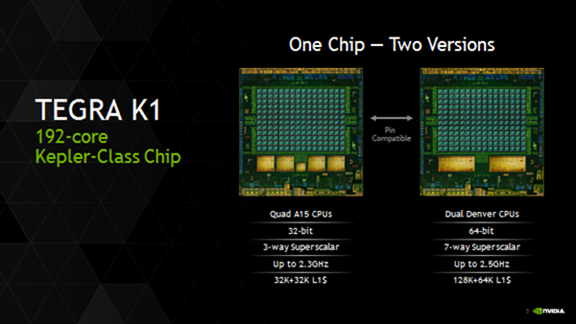 Mustering seven operations per clock cycle – one more than the Apple A7 and four more than the 32-bit K1 – the potential bump in performance is particularly significant, and although we’ve yet to establish which devices will get first dibs, we’re certainly looking forward to seeing which companies will be stepping up to the plate. 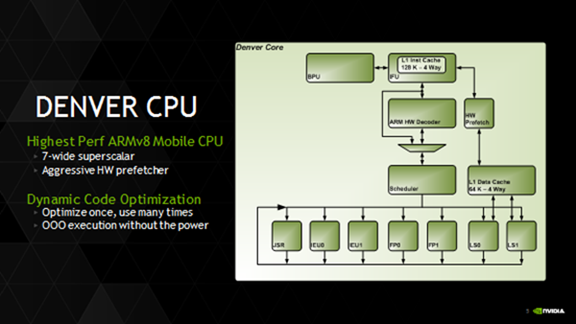 NVIDIA is working with the very latest Android L builds to ensure that users get the very most out of the new K1, and although it’ll almost certainly be the first 64-bit ARM Android chip, it certainly won’t be the last. Qualcomm is also undertaking similar efforts to bring the 64-bit Snapdragon 410 and 610 before the end of this year, and so even if NVIDIA does beat its rival to the draw, Qualcomm’s strong presence in the mobile industry will ensure mass adoption of these new Snapdragon SoCs as well.