Does anyone else fondly look back on the golden days when the majority of companies announced a new product or service and then furnished us with a solid release date? No? Must just be me then. I do concede that the often cryptic clues that companies release surrounding potential releases can sometimes be fun to try and decipher and they certainly manage to keep us on our toes. The official Nestle KitKat Twitter account has been getting in on the action today by posting a number of tweets that could point to an October 28th release date for the next iteration of the Android mobile operating system.

The official Twitter activity actually started yesterday with a tweet that simply read "Everybody dance now!". The fact that Nestle want the Twitter users to join them in a dance isn’t really a clue in itself. However, when you dig a little deeper it becomes clear that a song of almost the same title was released by a band called C+C Music Factory who actually began life as The 28th Street Crew. It isn’t exactly the most blindingly obvious evidence that we’ve seen but it’s definitely the start. 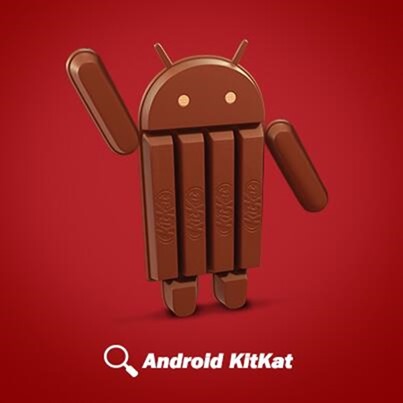 Worry not Android lovers for today has brought an additional clue. The official KitKat account has been at it again, this time tweeting out the words "This is it" made up of a beautiful chocolate goodness. If you happen to be a music lover – and more specifically a fan of the late, great Michael Jackson – then you’ll immediately know that "This is it" was the name of the King of Pop’s movie that was released on the 28th October.

It seems a little too much to ask for Nestle and Google to just come right out and tell us that Android 4.4 KitKat and the new Nexus 5 device will be coming at the end of this month. Instead, what will actually happen is we shall all keep our eyes firmly fixed on the KitKat Twitter account in the hope that tomorrow brings another tweet that has some kind of relationship with October 28th. What are your thoughts on the situation? Would you rather have an official announcement or carry on enjoying the cryptic tweets?