Glitch In GTA 5 Online Turns Players Into Billionaires, Here’s How It Works [VIDEO]

It seems that no hugely hyped up video game comes without an attached set of problems these days. The sheer size and complexity of newly released games like SimCity and Grand Theft Auto V means that there is always going to be some unwanted little bugs hiding away somewhere. When you introduce variants of the game that are played purely online then you can be asking for real trouble if you don’t get it just right. Rockstar initially had teething troubles with GTA Online but it also seems like a bug in invite-only online games is allowing players to financially benefit to the tune of billions.

Keen-eyed video game fanatics have always found a way of accessing hidden features and cheat modes in games. I still remember Sonic The Hedgehog on the Sega Mega Drive had these little gems that allowed Sonic to be turned into a white-haired adrenaline monster. However, when the bug or glitch directly affects an online version of the games of this era, it can cause major upset to all who are involved in the game and doesn’t just affect the one player. That mass upset could explain why Rockstar are reacting with an iron fist on this occasion. 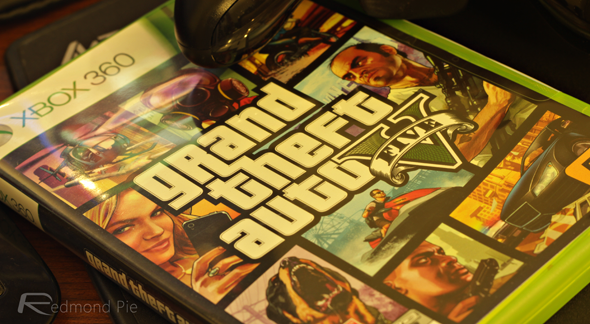 The unexpected glitch in the game essentially allows those playing on the Xbox 360 to infinitely profit from selling the same vehicle over and over again. Some may call it cheating while others may just see it as legitimately profiting from an exploit found in the game. Whatever your train of thought is it definitely provides an unfair advantage to those players. Rockstar seem to be more than justified in their decision to ban offending players from the game as it’s highly unlikely that they came across the glitch by chance.

The trick for Xbox owners is to find a vehicle that is valued as close to $50,000 as possible. The reason for this is that the 50k value is the highest amount that Los Santos Customs will pay for a pimped vehicle. After acquiring the vehicle through any means necessary the player then has to start a new invite-only online game before heading back to the Los Santos Customs shop and head into the Xbox Game Store. The aforementioned vehicle will magically appear outside of the vehicle sale shop. Repeat the process and profit beyond your wildest dreams. Then get your GTA Online account banned.

We haven’t seen any official word from Rockstar on this matter yet, but they have reportedly been banning players without consideration and will continue to do so until the glitch has been fixed. You have been warned.