Amazon To Reportedly Release A 6-Inch $50 Tablet This Year

If it wasn’t obvious before, a new report regarding Amazon’s foray into the mobile business makes it clear the Seattle-based Internet retailer is trying to establish a foothold in the subsidized tablet market. According to WSJ, Amazon is set to launch an all-new $50 6-inch tablet come the holidays.

The pricetag on the mini tablet in the offing is one of the lowest around the market and half Amazon’s own Fire HD 6 of the same size, currently selling for $99 with lockscreen ads and $114 without them. The tablet is round about the size of certain modern phones and ‘phablets’, but it seems it won’t allow voice calls. Considering the device’s low asking price, it’s fairly safe to assume its internal specifications won’t be competing in the big league with the likes of, say, the upcoming iPad mini 4. If the value for money offered by the Fire HD 6 is anything to go by, however, the new entry should give users a bang for their buck. 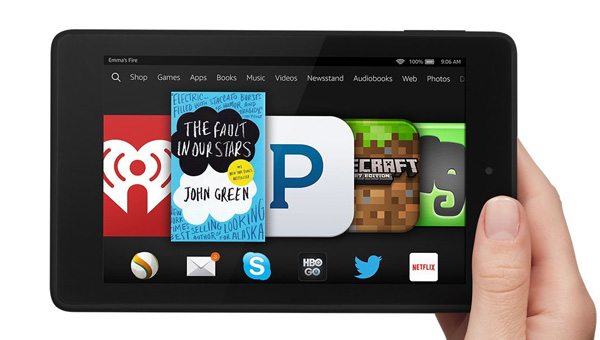 The software on the device is likely to be Amazon’s Fire OS, a simplified variant of Android that seems to have been designed for ease of navigation and with a greater focus on content. The Android fork, like the company’s Fire Phone, may not have garnered much acclaim, but it is definitely a good option for the non-tech-savvy. Amazon’s best bet for the tablet would be casual readers and users looking to get a minimal companion for simpler tasks.

Currently nameless, the upcoming release will be the first in a new tablet lineup to feature two more devices – an 8-inch edition and another with a 10-inch display. 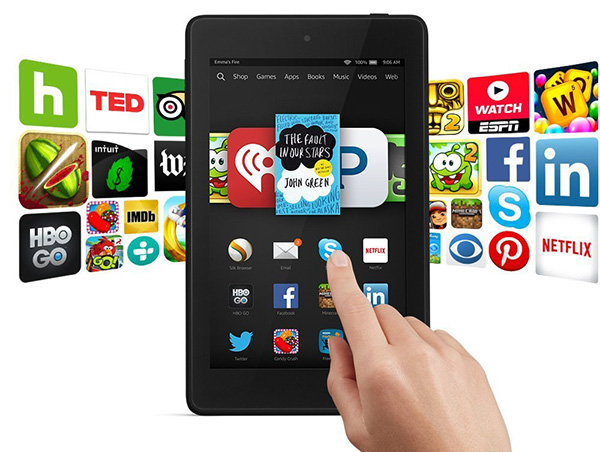 Much of Amazon’s recent hardware releases, especially the Fire Phone, didn’t seem to fare well with its target customer-base. The company seems to be wrestling to produce an attractive product while going lower along the price scale. While the devices in its mobile lineup usually present a good deal, it seems they don’t confirm to the familiar recipe today’s tablet user might be looking for, the Android tablet user, in particular. As a lot of users seem to have suggested around the web, they might want to consider alternative editions for newer devices running the conventional Android OS.