Amazon Echo May Soon Get A Cheaper, Portable Variant

It has been over a year since Amazon’s foray into the IoT and virtual assistant space with the elegantly cylindrical Echo, but it is still a mystery as to how well its sales are faring. Whether it’s because the product is doing well and the company aims to capitalize on its momentum or it’s falling short and they’re planning to extend its reach, it seems Amazon might be working on a more affordable mini variant of the Amazon Echo.

The rumor comes from a Wall Street Journal report that describes the upcoming device should fit into the palm of one’s hand, “like a beer can,” and goes on to compare its form with that of a Beats Pill+ speaker.

It seems there might be a catch, though – the cheaper, portable Echo is said to come without support for the always-on “Alexa” wake word. Instead, users will have to hit a button on the device to ready it for voice commands. Whether that is because of design restrictions or simply to encourage users to get the premium variant is yet unknown, though, if I were to guess, I’d go with the latter. A device meant to be used for home automation, and with its recent updates, for help with workouts or finding nearby places of interest, might not prove to be very popular if one has to carry it around the house, which is why hope for inclusion of some medium of remote activate, say, through one’s smartphone, might not be entirely misplaced. Of course, that is if this variant of Amazon’s Echo is being designed for the same purpose as that of its elder brother.

Like any other mobile device, the mini Echo will need to be charged using a dock that is said to come packed with the device. It is possible that the device will only listen for the “Alexa” wake word when it is docked for charging and require manual activation when it is being carried around. If that’s the case, though, Amazon is bound to design out other features available with the current model depending on how much cheaper the upcoming Echo will be, which, again, is yet unknown. 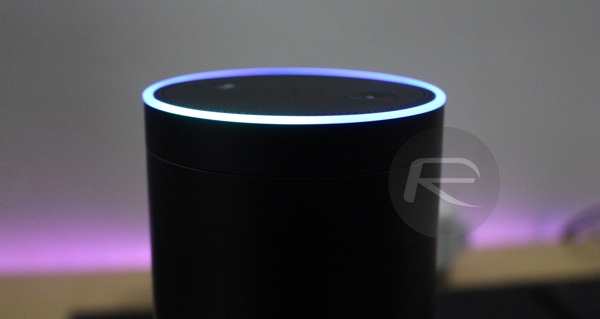