Support for and from third parties can go a long way, which is why the news that Amazon Echo users can now trigger IFTTT recipes using custom phrases is a big deal.

Previously, IFTTT was supported by Amazon’s Echo in a roundabout kind of way, with users having to tie IFTTT recipes to existing commands such as “what’s on my to-do list” in order to get the desired result out of the service. Starting now though, that has changed as Amazon has updated the way Echo will be monitoring your commands, and eliminated the need to tie two commands verbally. Following the new change to IFTTT monitoring, owners of the Amazon Echo can trigger specific recipes by asking the Alexa to trigger them directly.

A direct phrase such as “Alexa, trigger find my phone” will trigger a phone call to your smartphone, for example. Users can set up other custom voice commands and different recipes to suit, but that’s the underlying method – ask Alexa to trigger something, and an IFTTT recipe will immediately jump into action. 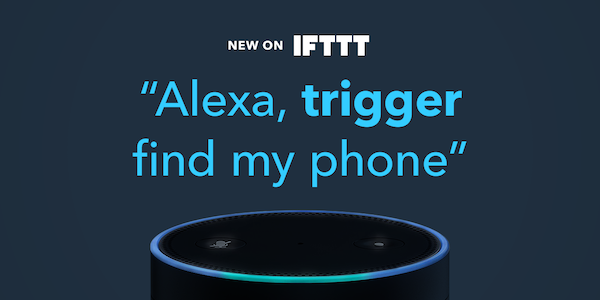 If you have the Nest thermostat in your house, you can now simply change the thermostat by asking Alexa to do so, or for that matter you can tell it to change colors of your Philips Hue lightbulbs, sync your to-do-list with iOS Reminders, OneNote and much more. 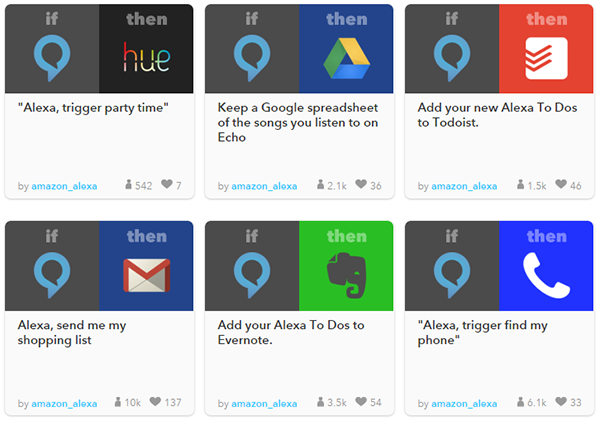 On the outset, it’s a very minor update, but for existing users, it is a critical one indeed. Heavy IFTTT users will definitely find themselves summoning the services of Alexa through Echo more than before.

Amazon’s Echo has been continuously evolving through such over-the-air updates since it was first released late last year. Just back in October this year, Amazon gave Echo the ability to help users find information on local business and restaurants, which beats having to open up a browser on your computer or mobile device.

With support for custom voice triggers already here, we can be sure that Amazon will continue to throw in even more content and features to its virtual-assistant powered speaker in the coming weeks and months to make it that one device which will rule our living rooms.