Windows 10 Store Black Friday 2015 Deals: Thousands Of Apps And Games For 10 Cents Each

We’re now coming into the time of year where deals and offers are flying around like there is no tomorrow, and Microsoft is always one to try and get in on the festivities. The software giant has already been offering some Xbox goodies at reduced prices as part of its Black Friday promotions, and it is now also offering PC users some extra deals as part of the Thanksgiving weekend.

Starting this past Friday and running throughout the next ten days, Microsoft will be offering a host of apps, games, movies and albums at heavily discounted rates. “10 days of 10 Cent Deals” is the slogan Microsoft is using for its own event, and it’s rather catchy so we’ll go with it too! 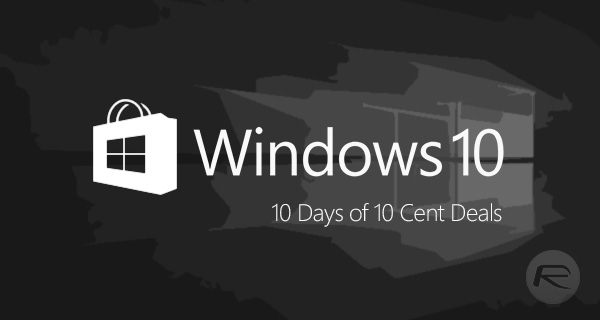 For the next 10 days, you can enjoy over 1,000 of the latest Hollywood movies, blockbuster music, must-have apps, and addictive games – for only 10 cents each. Visit each day to load up on great entertainment to enjoy over the holiday and beyond, and we’ll also have some special surprises for you too.

When users visit the Windows Store on differing days, they will notice that a different round of offers are available, and it appears that their is no fixed time period for the availability of each round, so don’t expect to be able to just rock up later in the day and take your pick – it might be worth getting in there nice and early if you want to be able to get the pick of the bunch!

Ending on Sunday November 29th and available only to Windows 10 users in the United States, this offer has the potential of being a good one if Microsoft offers up some of the better Windows Store content at discounted rates. If not, it may end up being a complete damp squib, but only time will tell. Be sure to keep your eyes peeled just in case, though. 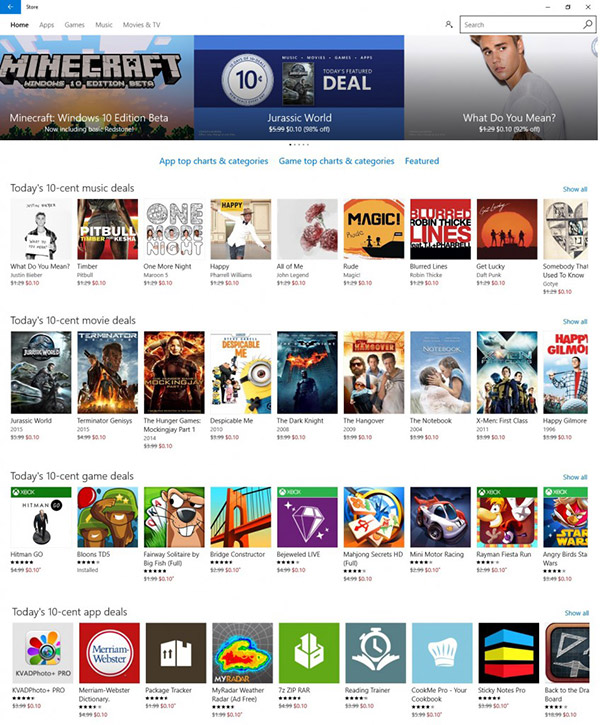