All Angry Birds HD Titles For iPad Down To Just 99 Cents, Get It While You Still Can

Rovio Entertainment has seen one simple-yet-addictive title for iPhone turn into a billion-dollar industry, and with three years since the release of that original title also tying in with the holiday period and the announcement of the inevitable movie, the company has gotten the celebrations going by offering all of its iPad titles for just $0.99.

Last time I checked, that was the minimum price of an iOS game, and considering the iPad versions usually cost considerably more, this is a great time to pick up one of your favorite Rovio titles. As well as the old classic that is Angry Birds HD, you can also have yourself Angry Birds Seasons HD, Angry Birds Rio HD, Angry Birds Space HD, or the recently-released Angry Birds Star Wars HD. 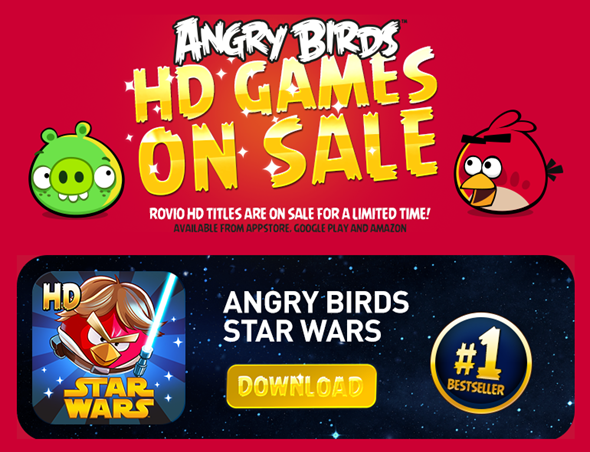 All of the Angry Birds titles have been hugely successful, and while the poultry-slinging plot has been a tried-and-tested winner with consumers, Rovio has also slipped out of its comfort zone on one or two occasions. Amazing Alex HD and more recently, Bad Piggies HD, are still physics-based titles but each differ significantly from the Angry Birds releases. Amazing Alex requires skill and determination in order to move various obstacles around a course and to a set destination, while Bad Piggies offers the snorting creatures from Angry Birds their fifteen minutes of fame. Both Amazing Alex HD and Bad Pigges HD are also 99 cents for this limited-time offer.

Personally, my favorite is, and probably always will be, the original Angry Birds. I’m sure space fans or Star Wars fanatics will likely disagree with me, and although Rovio has done exceptionally well to maintain consumer interest for this long with all the subsequent releases, I doubt anything the company produces will ever top that initial release. 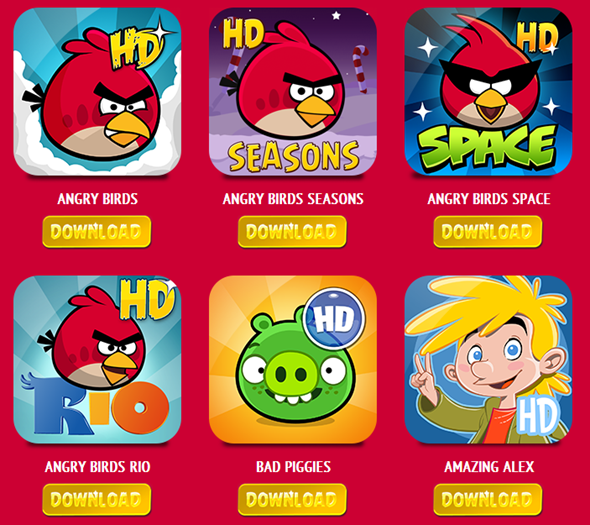 The HD version of each title has been smoothly adapted for the Apple tablet, and with so many games considered to run better on the iPad compared with the iPhone or iPod touch, Rovio’s library of addictive titles should probably be added to the list.

As a side note, Rovio has also released Bad Piggies Free, so if you want to give it a test-run before parting with your cents, you can now do so.

For download links and more information, head over to this link.