AirSpeaker Turns Your iPhone Into An AirPlay Audio Receiver

Apple’s AirPlay capabilities are great if you find yourself in a situation where you need to use it. With AirPlay-enabled speakers as well as AV receivers and even Apple’s own Apple TV, it’s possible to take an iOS device and throw audio around the house. Want to listen to Beats 1 on your fancy Home Cinema system? No problem; do it wirelessly thanks to AirPlay.

But what if you want to send audio to another iOS device? The way Apple currently has things working, that’s simply not possible because no iOS device can act as an AirPlay receiver. It’s just not possible, unless you’re jailbroken. 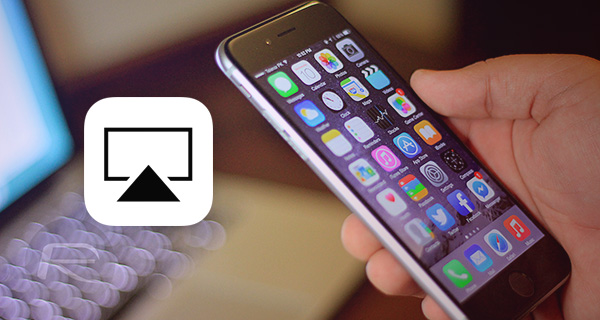 If you are, then AirSpeaker is exactly what you are looking for. Installable via the https://cydia.angelxwind.net/ repository, which you will have to add to Cydia, AirSpeaker turns your device into an AirPlay receiver and won’t cost you a penny. The jailbreak tweak adds a configuration menu to the Settings app, from where you can set a password and change the name of the iOS device, changing the way it appears when other iOS devices are looking for it, and that’s all there is to it.

The simplicity comes from the fact that, unlike tweaks that offer similar functionality (such as AirFloat, which actually made its debut on the App Store before being quickly taken down by Apple), AirSpeaker installs itself as a system service, or daemon. Tweaks installed as traditional jailbreak apps will stop working when multitasked away from, whereas daemons do not. That also means there is nothing for the user to fire up, and the only time the device will be unavailable as an AirPlay receiver is when it goes into deep sleep because its screen is off and it isn’t plugged into power. Fix either of those, and your jailbroken iOS device will be forever available as an AirPlay receiver. 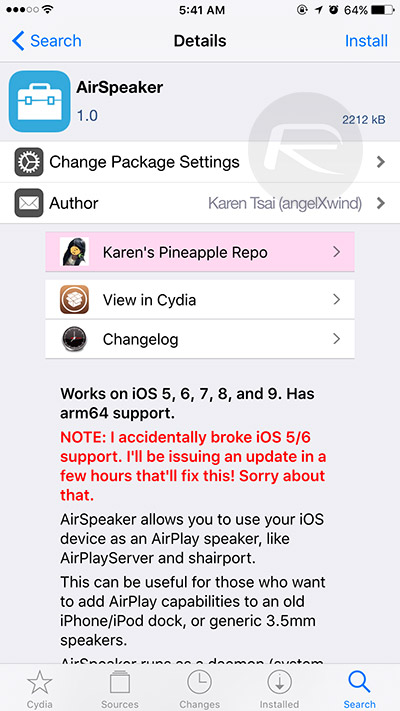 AirSpeaker works just fine with iOS 5 through iOS 9, and can be downloaded today. The tweak’s description mentions temporary incompatibility with iOS 5 and 6, though the developer promises to fix the issue soon.