AirPort Utility For iOS 5 Will Bring AirPort Management To The iPhone, iPad And iPod touch [SCREENSHOT]

As you will already be aware, unless you’ve been stuck under a rock for the last few months, iOS 5 is set to launch next week along with the iPhone 4S, and although we’ve looked at and covered many of the key features, there are still new ones being discovered all the time in what has been a rather turbulent week for all concerned with Apple. 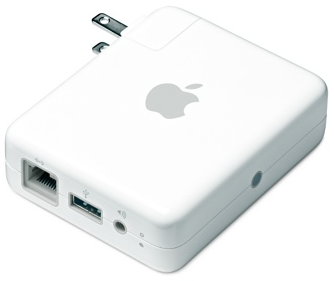 Although it’s great looking at the Find My Friends and Siri features of iOS 5, it’s important to highlight some of the smaller but nonetheless key new features the fruit company is slipping in. One Redmond Pie reader has noticed that amongst the 200-odd updates and improvements, Apple has introduced an AirPort managing facility, enabling users to control many of its functions from the comfort of iOS. Currently, AirPort can only be altered through the PC or Mac, but iOS 5 GM shows that users will be able to use a little app by the name of AirPort Utility to manage networks, which will be a downloadable through the App Store. So whilst it’s not going to be a stock app itself, the facility will be there, requiring the download for those who actually wish to use the feature. 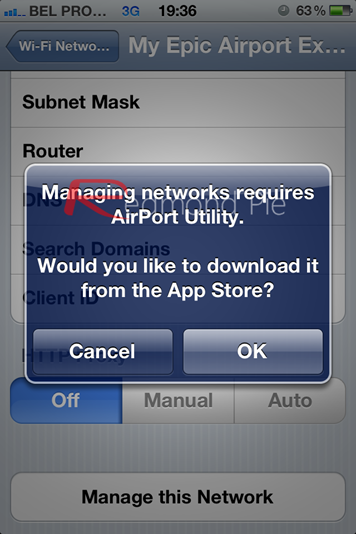 AirPort Express, the ‘lite’ version of Apple’s main AirPort Extreme router, and is expected to be updated sometime in the near future. The device, which is just under a hundred bucks, boasts Ethernet, USB and audio jack built in, and provides a cost-effective way of streaming music across a network as well as sharing printers in one tiny device. The device hasn’t been updated for several years to any great significance, barring the implementation of 802.11n support back in ’08, so expect to see a refresh on that front sometime after the iPhone/iPod/iOS 5 release period.

As well as the somewhat entry-level Express model, the Cupertino-based company also retails a more feature-rich hub, known as the AirPort Extreme. Looking considerably more like a traditional router, it sells for the significantly higher price of $179. Whilst the AirPort Express is designed for those individuals, or small groups of users in a relatively confined area, the Extreme is aimed at the business types seeking a larger wireless field. The Time Capsule, which Apple introduced back in January 2008, is essentially AirPort Extreme with a large hard drive inside useful for storing Time Machine backups.

Thanks to Jonas Vacek for the hat tip!