AirPods Or Bluetooth Headphones Cutting Out When Crossing Streets? Here’s Why

Bluetooth headphones are something that many of us are more aware of now that our iPhones don’t have the traditional 3.5mm headphone jack anymore and that’s something that is not going to change any time soon, if ever.

Apple made some big improvements to how Bluetooth audio devices are perceived when it released the AirPods, thanks mainly to the arrival of the W1 chip and the magic that allows instant pairing and a much more stable connection than standard Bluetooth earphones seem capable of. 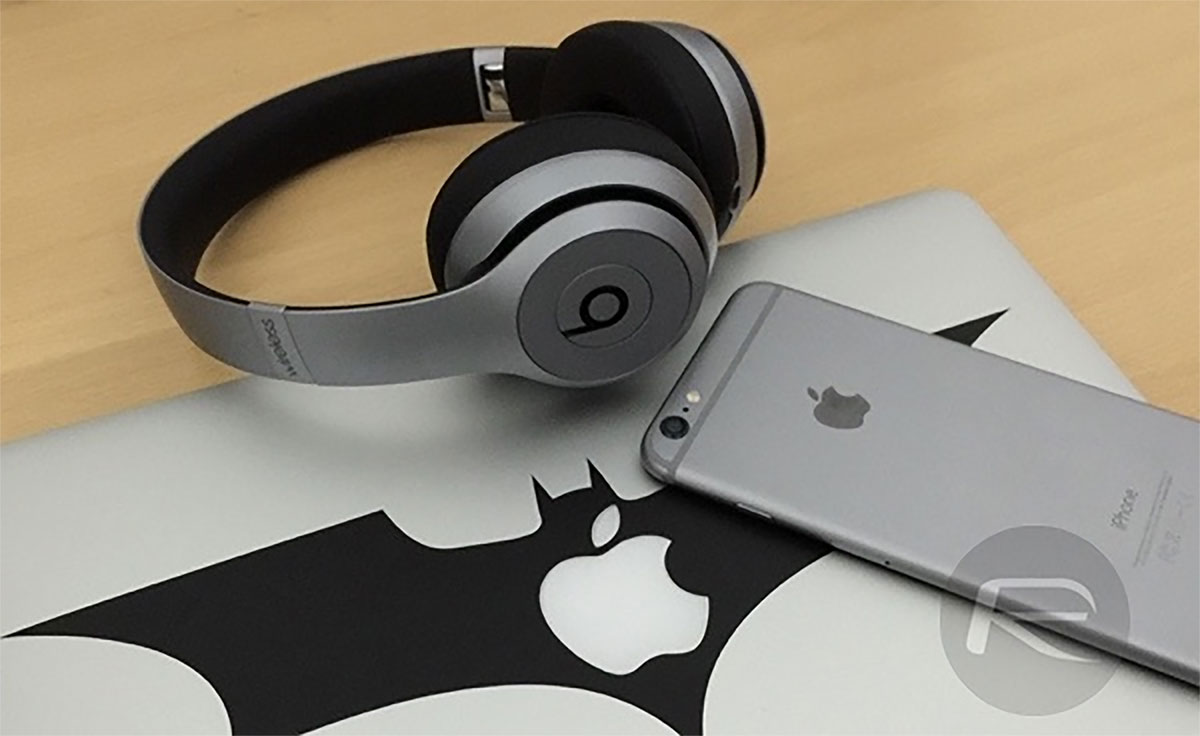 That may sound ridiculous, but if you think about it then you’ll likely note that it’s actually true. Walking across streets or perhaps through wide-open spaces can often see even the best Bluetooth earphones from momentarily cut out, just for a moment. It’s something that seems impossible to avoid, and equally it’s something that seems impossible to explain. Except now.

The Verge’s Dan Seifert might have just figured the whole thing out, sharing his thoughts on Twitter. According to Seifert, headphone makers have told him that the reason for the cut outs is the fact that Bluetooth needs surfaces to bounce their connections off, whether they are walls or ceilings. Walking across a road is a situation where neither of these things are likely to be around, causing connection issues. 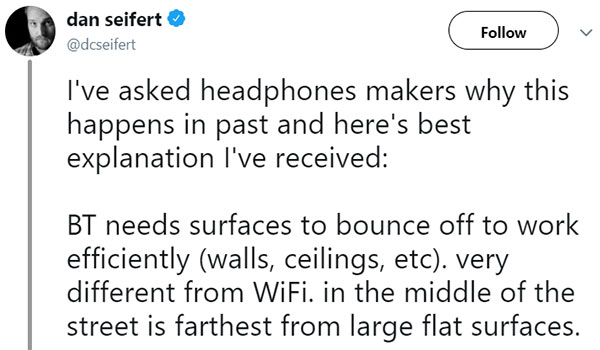 It’s actually fairly obvious when you think about it, so if you’ve suffered with poor Bluetooth connectivity in specific spots on your commute each day, then this could well be the reason why.

You’ll sleep easier tonight now that you know that!