Now that the second-generation AirPods are starting to land in the hands of customers around the globe, iFixit has also managed to get its mitts on some. That, as you might expect, only ended one way and we now know exactly what goes into making a pair of generation 2 AirPods.

According to iFixit’s report, the new AirPods have a repairability score of zero because if anything does go wrong, the only option is to throw them away and start again. That’s been the case since the arrival of the first generation AirPods and shouldn’t come as a surprise to anyone. No hardware components can be replaced without damaging the earbuds beyond repair, making them irreparable. 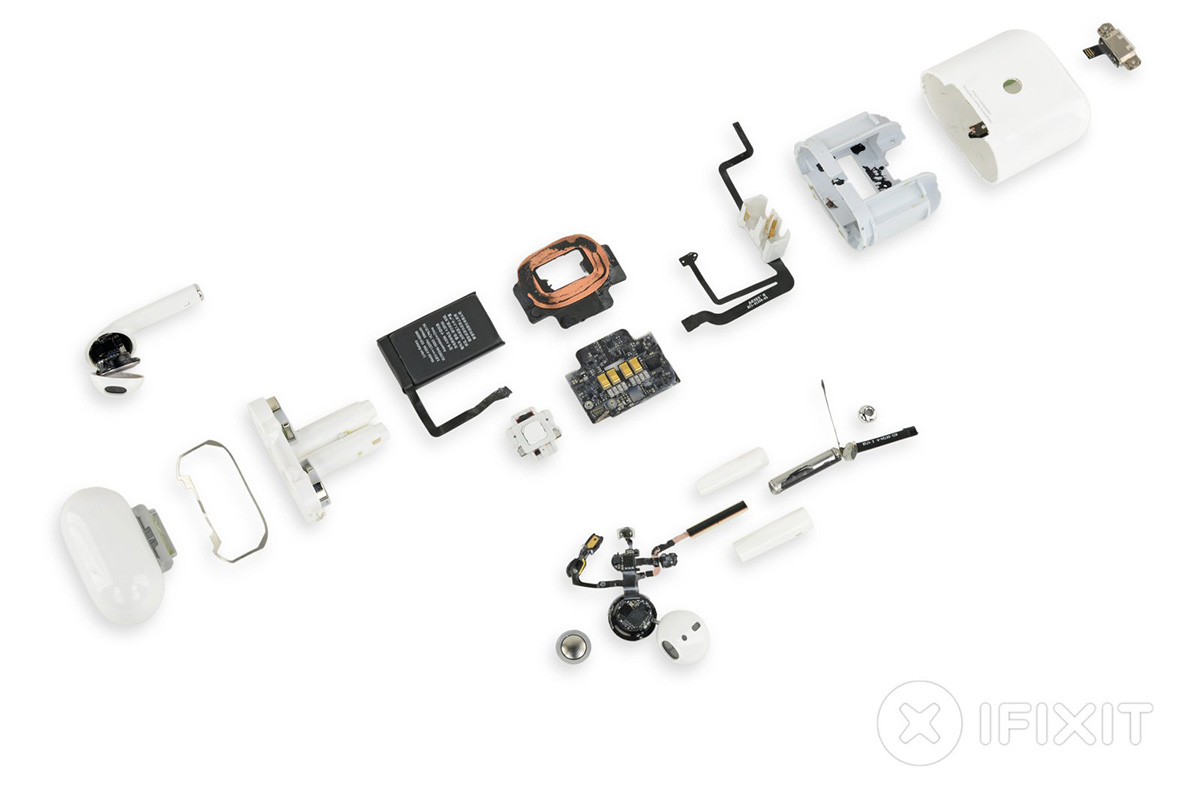 Internally, the new AirPods have the same 94 milliwatt hour batteries – one in each ear – and there’s a H1 and Bluetooth 5.0 chip inside. The team also took the new Wireless Charging case apart to see how it ticks, so if you wondered what the inside of one of those, or indeed AirPods looks like, be sure to check out the full teardown video over on YouTube. It makes for some pretty interesting viewing, even if we did find ourselves having to watch it through our fingers!

Apple’s refreshed AirPods are externally identical to the model they replaced, with the inclusion of the H1 chip in lieu of the W1 being the main change internally.

The Wireless Charging Case is essentially the same as the previous Charging Case as well, except with a wireless charging component added. That meant a slight change in button and light layout, as well as a different material being used in the case’s hinge.