Having already been given a glimpse of what AirDroid 2 is capable of via the AirDroid 2 beta released earlier on in the year, it’s fair to say we were very excited by the prospect of the final version hitting the Google Play Store. For those of you that are unfamiliar, AirDroid 2 is the sequel to the original AirDroid for Android, a popular app which let Android users control their devices remotely, accessing and managing most of the features from the comfort of their desktop, or the web. The aforementioned beta of AirDroid 2 gave a teaser of some further niceties including remote camera functionality and a handy phone locating feature, and today, AirDroid 2 steps out of beta and strides into the Google Play Store.

Whereas the very first version of AirDroid required both device and computer to be connected to the same network in order for this remote interaction to take place, AirDroid 2 works a lot more like your traditional remote desktop application, allowing you to connect to any device on any network. Of course, the Android device and computer in question will need to be paired, and an account will need to be created to facilitate the marriage of the two, but once the formalities are out of the way, you’re good to go.

This all sounds fine and dandy, but there are some shortcomings to this all-network access. Notably, all traffic must go through AirDroid’s own network, and with a 1GB cap, there’s something of a limitation on the amount of fun you can have. 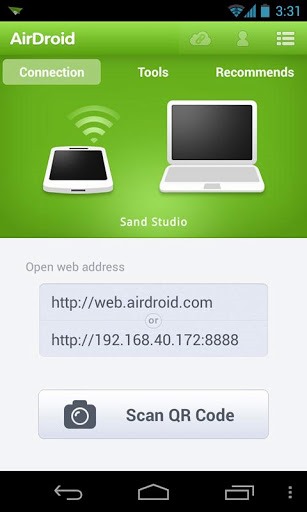 As well as all the goodies longtime AirDroid users will have become accustomed to, there’s also remote calling, file transfer facilities, and the ability to install sideloaded APKs. AirDroid 2 also includes the ability to pinpoint a device using GPS, so if it’s lost, this app will give you a lifeline in tracking it down. Apart from that, you have the swift option of sending / receiving SMS from your web browser. 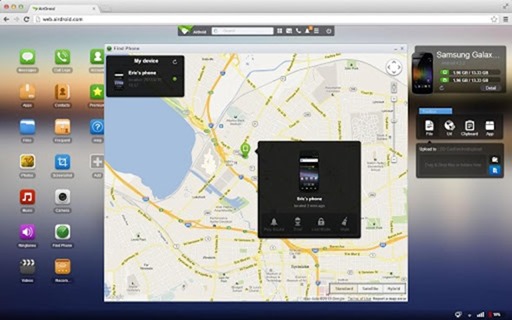 The finished version of the app is, as you might imagine, a helluva lot cleaner than the beta, and although it’s taken a few months for creators Sand Studio to get it together, it would seem as though it’s been worth the wait. 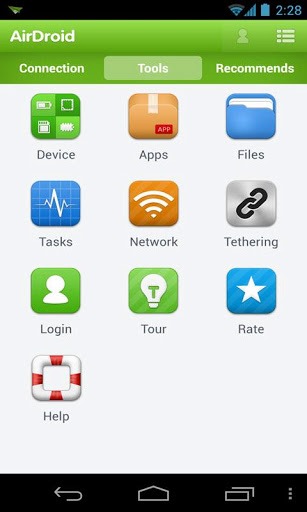 AirDroid 2 is absolutely free of charge, so grab it via the link provided, and feel free to leave your thoughts and opinions below.

(Source: AirDroid 2 for Android on the Play Store)