Been put off using AirDroid thanks to the rather odd invite system the developer had going on? Now’s your chance to see what all the fuss is about – the invite system is no more and a beta release of version 2 is at your fingertips.

Power users of Android smartphones have probably already heard of AirDroid. Free, and now in version 2.0 (beta), the app lets users take control of their Android device right from inside a web browser. Want to manage files, contacts and email on your phone, but without having to deal with the small screen and your failing eyesight? No worries, AirDroid to the rescue.

Alongside all the super awesome features that were already baked into AirDroid, this latest beta release adds some new and interesting ones that do nothing short of blow our minds. AirDroid reaches a whole new level with the latest beta. 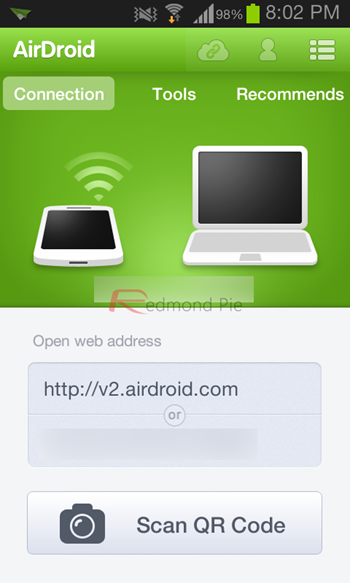 Now, for example, AirDroid can hook into a phone’s camera remotely, snapping photos with no need to do anything on the phone itself. That’s pretty cool, but the best part is the fact that the images are downloaded to the computer that you’re using, not saved to your smartphone. It may not seem like much, but that’s a pretty impressive feature. 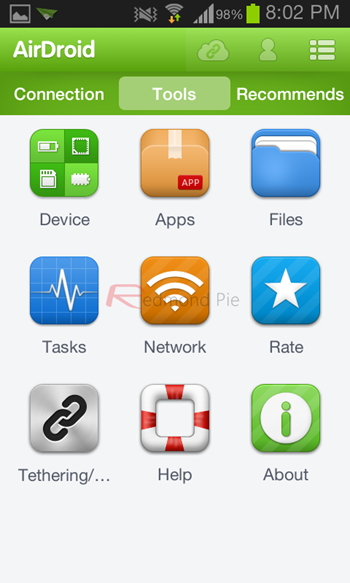 There’s a new phone locating feature, too. Users can locate their handset at the click of a button, which is great for those that keep leaving their phones in taxis, at hotels and the like. We’ve all heard stories of Find My iPhone proving invaluable when retrieving lost phones, haven’t we?

We’re big fans of AirDriod here at Redmond Pie, and now that the invite system had ceased, there really is no good reason to not give the app a try, we’re sure you’ll like it as much as we do.