How To Add Desktop-like Copy, Paste, Select All Shortcuts To iPhone Keyboard

A newly-released, free tweak over at the BigBoss repo has sought to bridge the gap between the rather lackluster iOS keyboard and that of the desktop rig by bringing a couple of the traditional keyboard shortcuts to the iPhone, iPad and iPod touch.

Upon installation of the KeyShortcut tweak, users are able to select all, copy and paste text by simply long-pressing the A, C and V buttons on their device’s keyboard respectively, which streamlines functionality with the manner in which most of us are accustomed to. 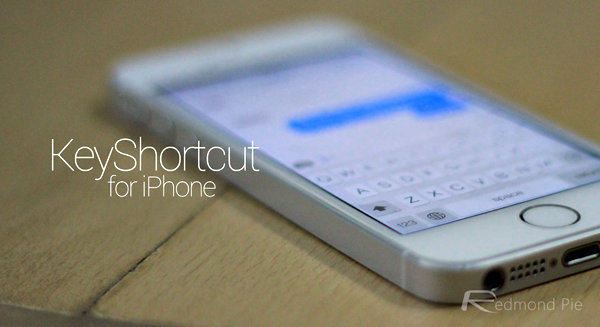 Touch-based smartphones and tablets are often labeled as “post-PC” devices, but while they have become remarkably more intelligent and powerful over the past couple of years, they’ve also yet to completely negate the need for desktops and notebooks. For one, productivity on a traditional computer set-up tends to be higher, which is due partially to the myriad of keyboard shortcuts that facilitate smooth workflow, and while some mobile keyboards like Swype and SwiftKey have made inroads, the Apple iOS effort remains in the dark ages.

With stuttering ease-of-use and AutoCorrect remaining the bane of people’s lives, the keyboard is certainly a feature that we hope Apple improves with iOS 8, but until then, the jailbreak scene does offer some useful, enhancing tweaks. KeyShortcut mightn’t bring a lot to the table – or into our lives for that matter – and we do feel like it could be expanded upon to add more shortcuts in the future, but even at its current duration, it’s definitely worth checking out. 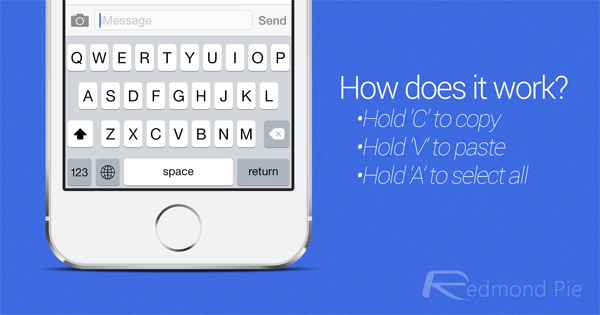 As aforementioned, you can pick KeyShortcut up from the BigBoss repository, which should be among your default list of sources in Cydia provided that you haven’t taken it upon yourself to remove it. As an added bonus, it’s completely free to download and user, so give it a whirl, and be sure to leave your impressions via the comment section provided below. 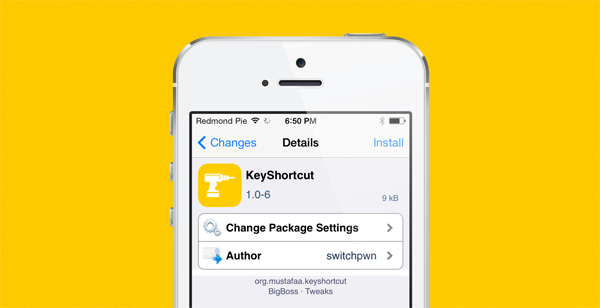