Have you ever wished that you could ride your bike and also get some work done at the same time? Acer thinks that you probably have, so it’s announced a new bike that’s also a desk. Sounds good, right?

The whole thing is called the eKinekt BD 3 and it has a special feature that we haven’t mentioned yet — it uses your bike pedaling to generate its own electricity. We kid you not! 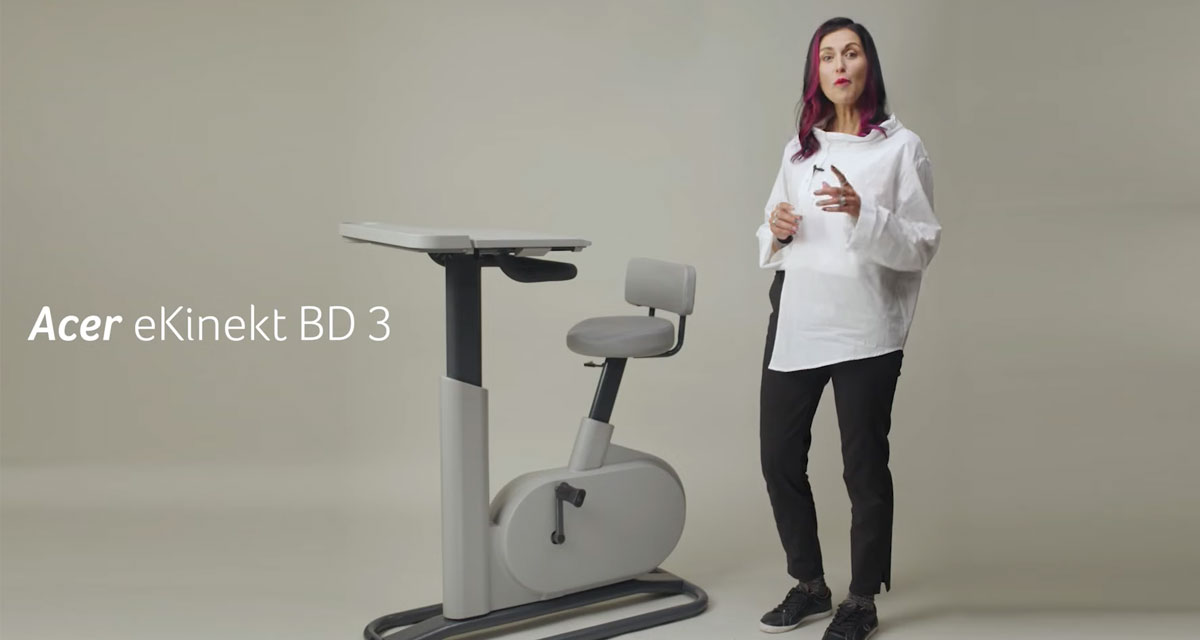 Acer says that a pace of around 60 RPM for around an hour will generate around 75 watts of power. It isn’t a whole amount of energy, but it’s better than nothing to be sure. The main thing is that you’ll of course be getting some exercise while you work. Actually doing that work is going to be easier thanks to the desk’s two built-in USB-A ports and single USB-C port that you can plug your range of accessories into.

As for the actual bike, Acer says that it will have two distinct modes — one will be Working and the other will be Sport with the main difference being that the rider will sit upright or not, depending on what they want to get done.

As for availability and pricing, the eKinekt BD 3 will go on sale in North America in June and sell for a cool $999. As for those living internationally, Europe, the Middle East, and Africa should see availability from June. Taiwanese customers will get their hands on the bike-desk combo a little sooner thanks to an April release.