8 Years Ago On This Day The First iPhone Was Announced, Relive The Entire Keynote Right Here

Eight years ago today, on the 9th of January, the first iPhone keynote was delivered by Steve Jobs at Macworld in San Francisco, and not many could have imagined the revolutionizing player this little gadget would prove to be in shaping the mobile phone industry.

Years before the iPhone was first announced and revealed, Apple fans had been insistently asking the Mac maker for packing in mobile phone connectivity into their iPods for obvious reasons, and that time had finally arrived as Jobs took to the stage in one of the most incredible stagecraft performances set to unveil a tech product.

Remarkably, it was later revealed that the iPhone which Jobs was demoing on stage was not just a prototype, but a barely functioning one for that matter, with the engineers who were more familiar with the shortcomings of the device in question – perhaps more so than Jobs himself – half cringed in the anticipation of an on-stage failure. However, Jobs continued to demo the device as eagerly as the audience that watched it all happen in awe.

The iPhone 2G – as it would later be come to known as – introduced the concept of an interface-centric device, and despite conflicting claims of the gadget not being the first capacitive touch-screen phone, it was the noob-proof iPhone OS with its multi-touch functionality that turned a lot of consumers towards Apple’s new smartphone. Extravagantly priced of course, the phone became a novelty of sorts, with people from all over the world wanting a piece of the action. 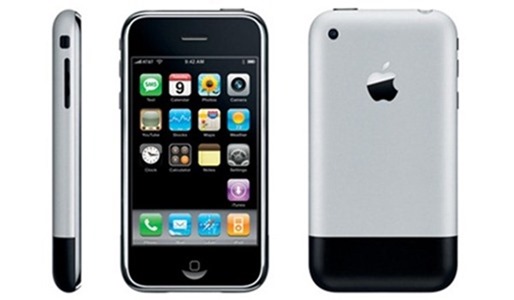 The iPhone has evolved greatly in these eight years, and so has the iOS platform. As for the popularity of the iPhone, the fact that every newer model of the device has so far surpassed the sales record set by the preceding model is a testament to how the iPhone is continuing to make further inroads into existing and newer markets.

Now that we’ve gotten the history bit out of the way, how about you now sit back, relax and enjoy the original keynote – delivered by Steve Jobs himself – in all its glory? And to make things better, we’ve embedded it below for your convenience, so check it out!