As time chugs along and we get ever nearer to the expected September announcement and, hopefully, release of at least one new iPhone, the leaks are still gathering quite the pace. With Apple believed to be working on not just one new iPhone, but two, all the leaks so far have been based on the smaller 4.7-inch device on Apple’s roadmap. Its 5.5-inch brother has been surprisingly absent in the leak stakes, which has led many to the conclusion that it will launch some time after the smaller variant.

That being said, some new photos have appeared which could well depict some parts that are destined for that 5.5-inch monster iPhone, though that doesn’t necessarily mean that the theories of a later release date are wrong. These new parts appear to be flex cables for things such as power buttons and volume/mute buttons which don’t seem to quite match the ones we’ve already been seeing around the Internet. 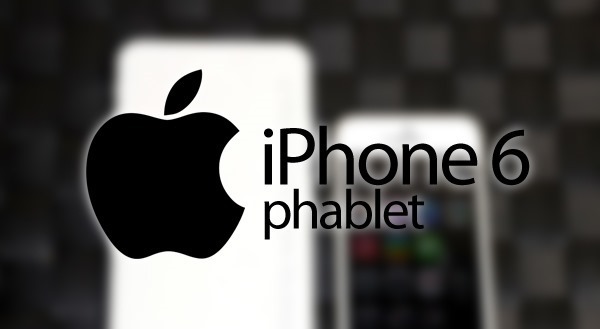 It’s obviously difficult to judge how large a flex cable is when it’s on a white background with nothing beside it for reference, but the fact that we have seen two distinct types of cables leaked so far and that neither matches a currently shipping iOS product tells us that we’re looking at cables from two new devices. It’s a fairly safe bet at this point that they’re two differently sized iPhones, but seeing as we truly don’t know for sure what Apple has up its sleeve, we wouldn’t want to bet our houses on it. 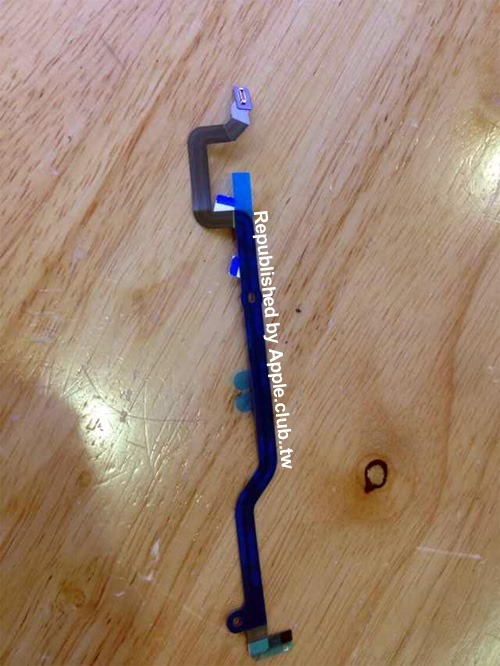 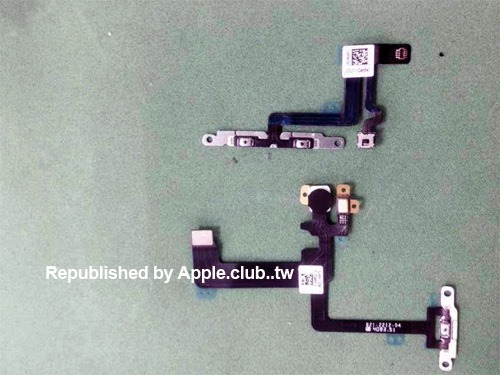 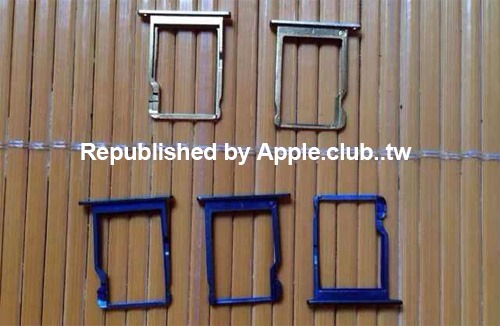 We’re also not convinced that the SIM trays shown in the photos are iPhone-related, partly due to their blue color. No blue iPhone 6 is expected to be announced, though it’s possible that the trays are awaiting some sort of treatment that will change their color.

Everyone expects Apple to ship at least one new iPhone in September, and we’re sure to see plenty more leaks and photos as that time draws nearer. At the moment, each new leak seems to raise more questions than answers, but with September just around the corner, we won’t have to wait too long to have them answered at least.