iOS 5 is going to be Apple’s next-generation mobile operating system, running on iPhones, iPads and iPod touches. This new artist-made concept, created by Monkey Color and entitled "4 things we’d LOVE to see in the next iOS", depicts features that are rumored to be coming in iOS 5, such as widgets and an enhanced notification system. 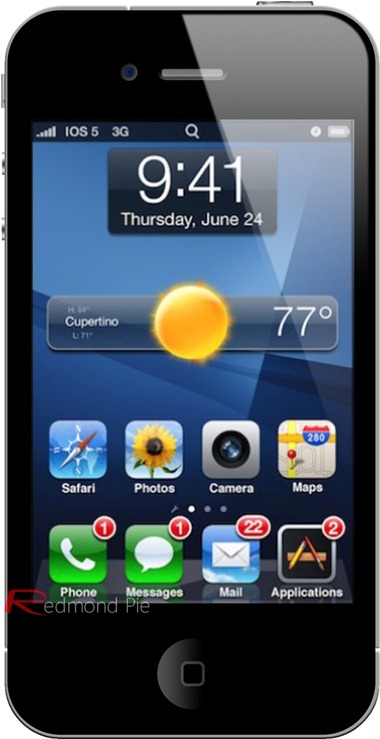 The concept shows off possible implementations for rumored features, such as widgets, as well as a few others that seem to have been the designer’s idea, such as specific settings accessible without launching the "System Settings" app. We’ll go through all of them now:

1. Widgets: This feature has been long-rumored as the next logical step for iOS. Similar to Android’s implementation, this concept shows off widgets that can be placed on different home screens, much like app icons today. The concept features basic widgets like a music player and a calendar.

2. Settings on the Home Screen: As of now, the only way to access your device’s settings, at least if you haven’t jailbroken your phone, is through "System Preferences". This concept shows off a handy feature that would allow users to add shortcuts to specific settings to their home screen. A button under "Wi-Fi Settings", for example, would let users add a "Wi-Fi Settings" icon to the home screen and access those settings more easily within the home screen, in a folder-like view. As developers add more and more entries to the "System Settings" app, a better way to navigate through them will be needed. This attempts to solve that problem

3. Notifications: This feature has also been rumored for a long time. Monkey Color’s implementation of this feature is in line with most of the speculation out there, and similar to MobileNotifier, a Cydia tweak made by jailbreak community developer turned Apple employee Peter Hajas. The artist’s implementation replaces Apple’s annoying pop-up notifications with simple sliders that pop up at the bottom, without disrupting the user’s work. Double-tapping the home screen will bring up a Dashboard which displays previously queued up notifications.

4. Favorite Friends: This feature works similarly to the previously discussed home screen settings. Favoriting a friend on your Address Book will automatically make them show up on the home screen as a button. Clicking on them would let you see crucial information about them, as well as get in touch with them if necessary, all without accessing the Address Book.

While it’s not yet clear whether we’ll see these features or not, Apple has confirmed it will be showing off iOS 5 at its early WWDC conference this coming Monday, June 6th. We’ll bring you the news as it happens. Meanwhile, watch the concept below.