3D iPhone? Here’s A Concept Which Will Blow You Off Your Feet [VIDEO]

Talented designers are constantly creating wonderful concepts of new devices based largely on rumor and speculation, and while the prospect of a 3D iPhone seems fairly far-fetched at present, LA-based 3D artist Mike Ko has given us something of an inkling as to how it could one day look in real life.

It comes in the form of a video, which, while also showing how microscopic cars in make-believe worlds perform perfect parallel parking, gives us yet another eye-opening dose of what we would love, but can’t have. 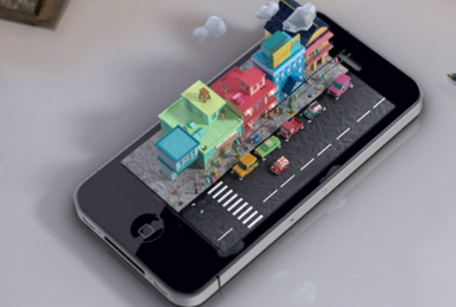 If you check out the video after putting reality aside, it looks fantastic. Can you imagine how wonderful it would be to watch music videos and movies on? The dock and stand would be no more, and we could easily watch the next Star Wars episode or Rihanna music video from the bedside while our heads rested excitedly on the pillow.

Of course, back in the real world, the iPhone doesn’t even have 4G LTE yet, and so the closest one can get to anything like a 3D effect on their iPhone is in the form of the 3DBoard jailbreak tweak (which, by the way, is pretty terrible; but I digress). Ko’s creation is a masterpiece, and while we’re probably years away from a 3D iPhone, I’d be more than happy to see more concepts of what it could eventually be able to do.

Then again, Ko says the video took him the best part of twelve weeks to fully complete as a graduation project for Otis College of Art & Design, so even if he does decide to treat Apple fans, they’re going to have to wait quite a while between installments.

For those interested in the making of, he used Maya, After Effects and Pftrack to create the 3D animations you see before you, and captured the whole thing on his Canon T2i. I think you’ll agree, he’s done an excellent job, and considering he’s still at college, is a name we could be hearing a lot about in the future.

Are you guys as impressed as we are? Moreover, would you welcome the idea of a 3D smartphone, or is a little overboard? Leave your comments via the usual mediums.