Microsoft today announced an update to its Surface Pro 4 hybrid computer, and while logic would dictate that it would be called Surface Pro 5, the company has instead decided to do away with the number entirely. The new Surface Pro is just that, the Surface Pro.

That new name belies the changes that have gone in with this new hardware. Yes, from the outside it is hard to tell the new hardware from the old, but inside Microsoft says there is plenty to get excited about. 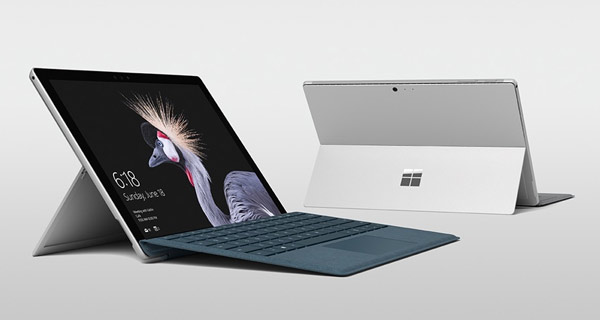 The changes all start with the new Intel Kaby Lake processor that beats at the heart of the Surface Pro, and fanless Core m3 and Core i5 chips are being used. Those CPUs mean Surface Pro owners can expect around 13.5 hours out of a single charge, although as always these numbers mean little until we have seen one put through its paces over time. Of course Microsoft tells us this this represents a 50% increase over earlier models.

There will also be a Core i7 model, but as expected will include a fan, and a slightly lesser battery life is likely to be a feature of that particular model. For the first time there will also be a Surface Pro offered with Advanced LTE connectivity for those who need to be able to get online while on the go.

While there’s no USB-C port found on any of the Surfaces, including the new Surface Pro, Microsoft will be selling a separate dongle accessory later this year for Surface port connector to USB-C for those who need to connect those type of devices.

The Surface Pro also packs an increased tilt-angle at 165-degree “letting you immerse yourself in Studio Mode, an angle inspired by the Surface Studio, perfect for writing, sketching, and drawing on the go.” 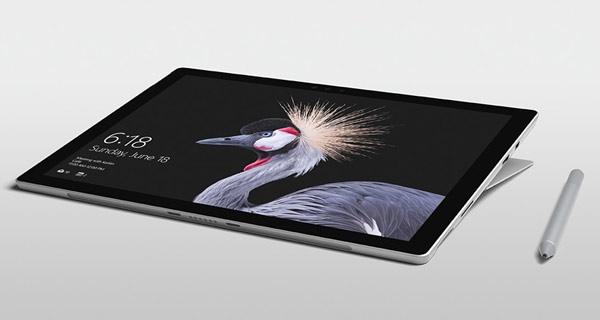 One change with regards to the whole package is that the Surface Pen is no longer included in the box, so buyers can pick one up for an additional $99. The new stylus will work with previous Surface Pros, but the new tilt functionality is a feature that is reserved for the new device. This new feature allows for shading and improved accuracy and there are now 4096 levels of pressure sensitivity.

Microsoft is making the jump to Alcantara for the Surface Pro keyboard with Platinum, Burgundy, and Cobalt blue Surface Pro Type Covers set to become available in exchange for $159. There will also be a standard Black Type Cover available for the slightly more affordable $129.

Microsoft’s updated Surface Pro is available for preorder as of today with a price starting at $799. Those who do pre-order can expect their new computer to ship on June 15th.

The complete spec sheet for the new Surface Pro can be seen below: 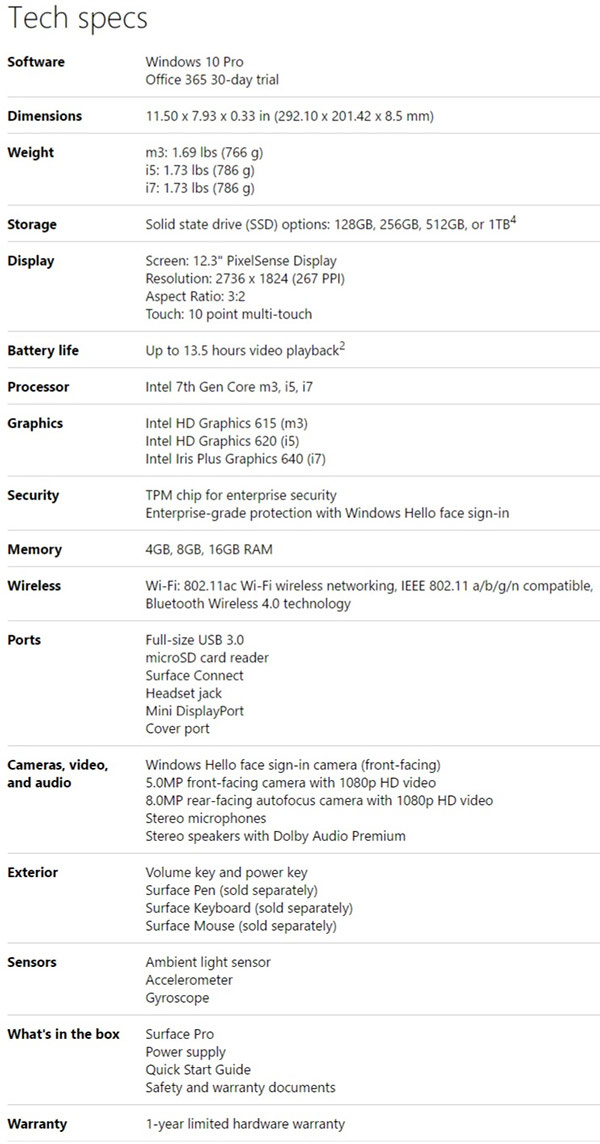