Here’s the 2017 10.5-inch iPad Pro Vs 2017 MacBook Pro performance and benchmarks comparison test that you need to know about.

Apple’s WWDC opening keynote saw plenty of new hardware and software announced, and two of those announcements revolved around the iPad Pro and MacBook Pro. The two lineups both received faster processors, and as a result, are both now more powerful than the outgoing models that they replaced. 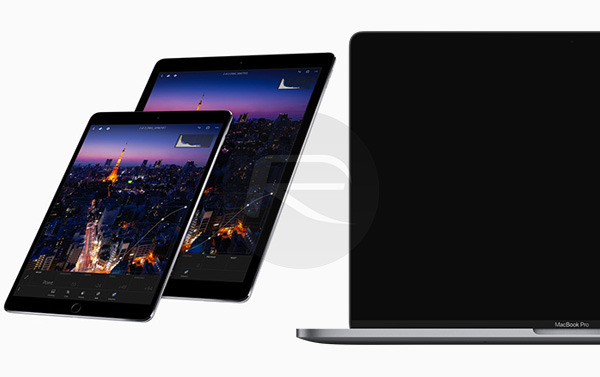 That is to be expected, but even though the iPad Pro is marketed as a full-blown computer replacement, it is still surprising to learn that the new Apple A10X-powered iPad Pro is actually faster than the new MacBook Pro in some cases. The news comes following a round of benchmarks conducted by BareFeats, with Apple’s latest hardware put through its paces in order to ascertain which is the more capable machine as far as raw computational power is concerned. As you would expect, the MacBook Pro does well, but in some cases, the newest iPad Pro bests it, and that is something that really cannot be overplayed. 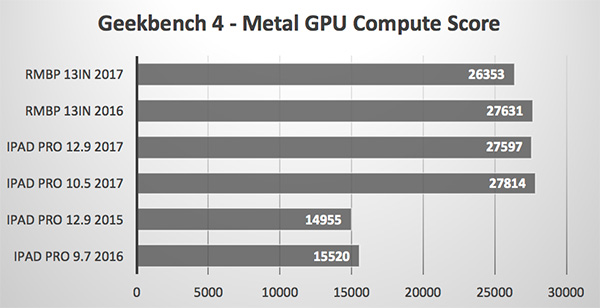 In order to test both CPU and GPU performance, BareFeats took each machine and put it through a round of testing using both Geekbench and GFXBench. The results are plentiful and ranged, with the iPad Pro doing surprisingly well, particularly in multi-core tests.

When it came to multi-core CPU performance, the 2017 MacBook Pro reigned supreme with a score of 10,261. In second place, however, you will find the 10.5-inch iPad Pro followed by the 2017 12.9-inch model in third spot. That means that the new iPad Pro just announced by Apple outperformed last year’s MacBook Pro, which is something we had to read a couple of times to believe. Things got even better for Apple’s tablet in the Geekbench metal GPU tests. Here, the 10.5-inch iPad Pro was faster than everything tested.

You can check out BareFeats’ full report for the lowdown, but suffice it to say, the latest iPad Pros are powerhouses and should remain that way for some time to come.