If you use an iPhone, then there will likely be a few reasons for that, and the way iOS 9 looks may be one of them. It’s also possible that you’ve been using an iPhone for many years and just fancy something of a change, though, and if you’re jailbroken, then changing just about everything as far as the way iOS looks is just a few taps away. Theming iOS is one of the reasons jailbreaking originally became so popular, and the community is as strong today as it has ever been.

With iOS 9, the relative new kid on the block, though, not all themes support the current build of Apple’s mobile operating system. Here, we have ten of the best themes that can be found in Cydia and all of them will work just fine on iOS 9.0-9.0.2 and with both WinterBoard and Anemone. There’s something for everyone in here, so let’s get started. 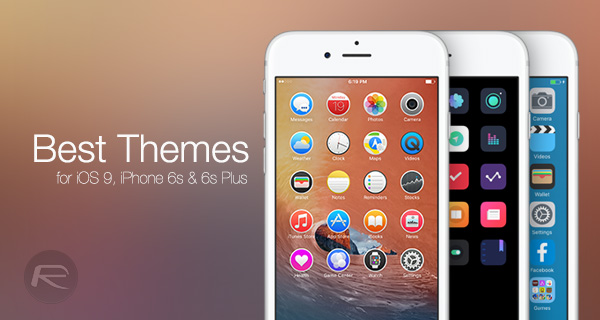 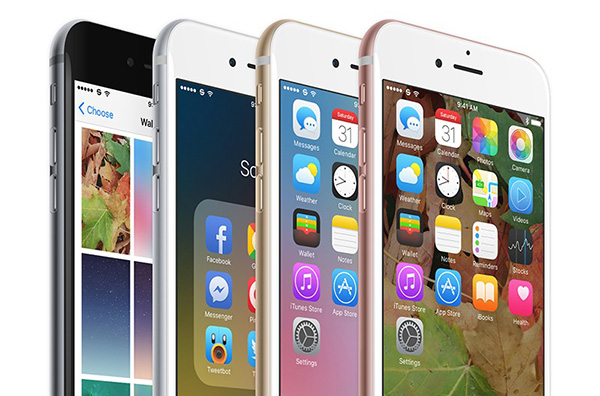 Now updated to support iOS 9, Ayeris can be downloaded via the BigBoss repository and will cost $3.99. You won’t see anything outlandish in here, and that’s kind of the point. Taking iOS 9 and improving its look and feel in a big way, Ayeris is one of our favorite themes. 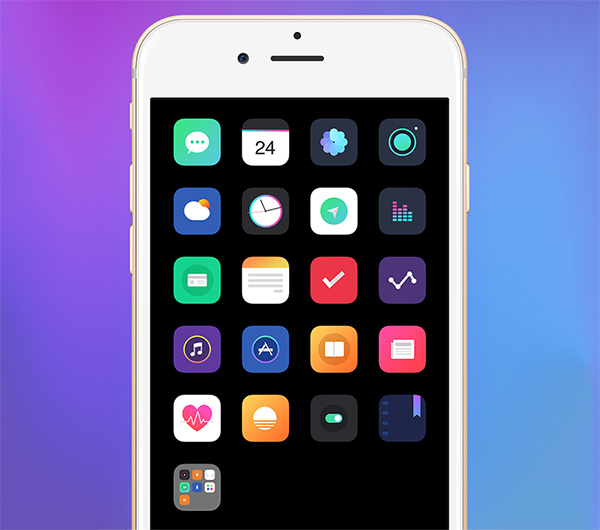 Going for a simple aesthetic with powerful, colorful icons, Muze 2 is fully iOS 9 compliant and can be downloaded from the ZodTTD & MacCiti repository for $2.49. 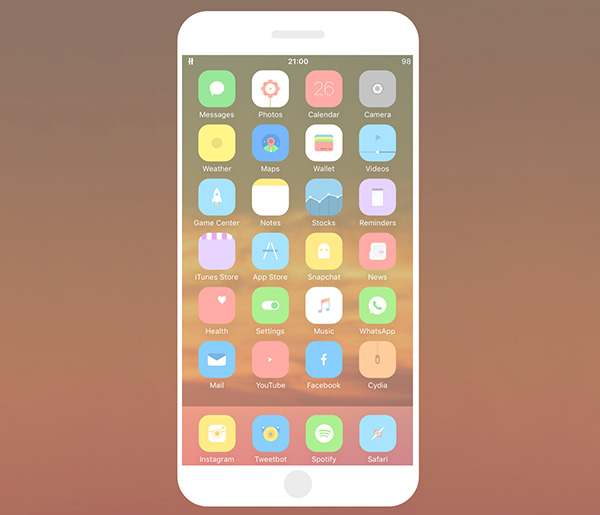 Downloadable from the ModMyi repository for $1.49, this theme features over 300 themed icons and includes a new Control Center theme as well as extra wallpapers. Featuring pastel colors that are inoffensive yet pleasing to the eye, this theme will prove popular amongst many. 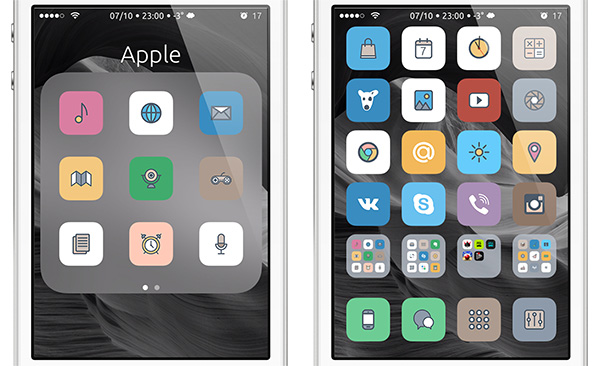 Available for free from Cydia’s ModMyi repo like so many other themes, Insight takes the often busy iOS Home screen and replaces its icons with something altogether more calming. It may not be to everyone’s taste, but Insight is definitely to ours. 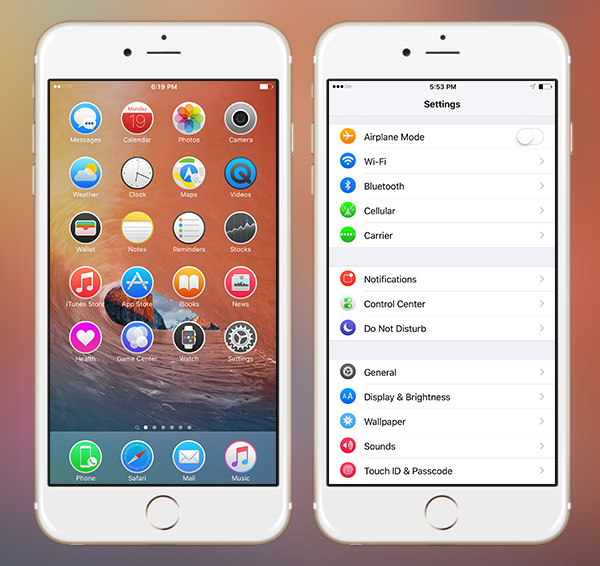 With the Ace El Cap theme, you’ll get rounded icons and rather OS X El Capitan-like experience. Not that that’s a bad thing, you understand. The theme is available for $1.99 from the ZodTTD & MacCiti repo. 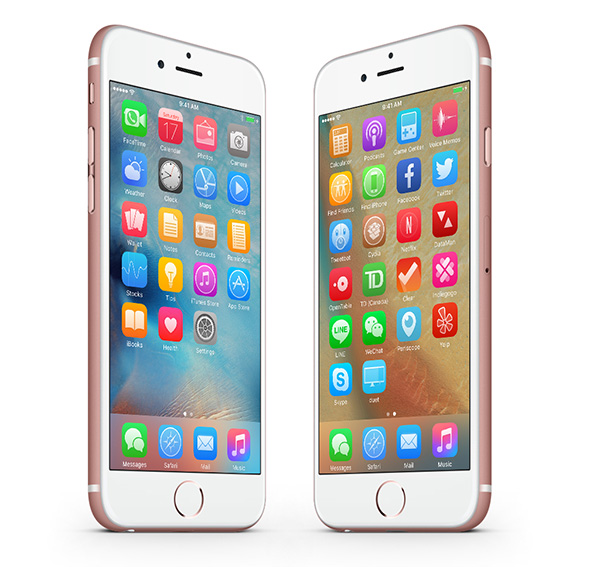 Available for $2.99 from the ZodTTD & MacCiti repo, Axla 3 is one of the best looking themes you’re going to come across. With bright, colorful and detailed icons, your iPhone is going to look truly unique. Unless you know someone else using Axla 3, that is. 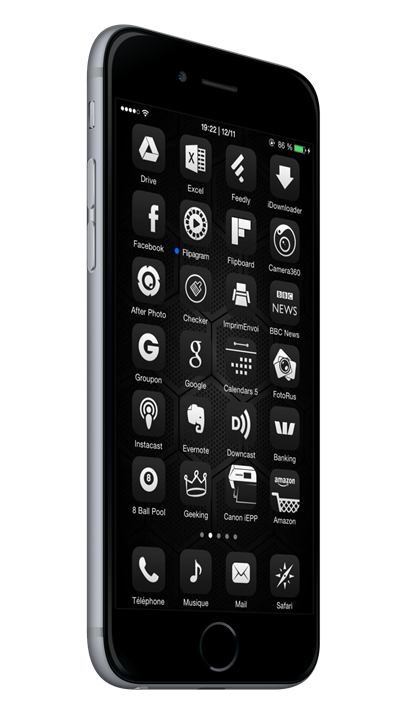 Available to download from Cydia’s ModMyi repo and very recently updated to support iOS 9, 0bscure 7 features a black and white aesthetic that will be very polarizing. If you like it, though, the chances are that you will love it. As do we. It’ll only cost you a dollar, too. 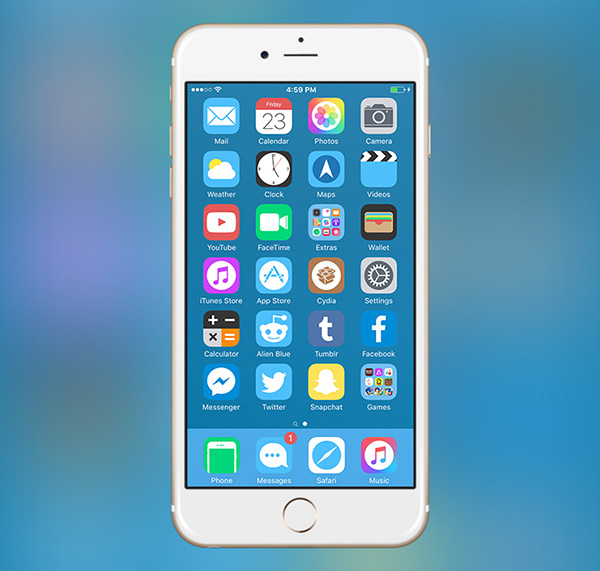 Again, available to download via ZodTTD & MacCiti repository, Flat 8’s name gives away exactly what it offers – a theme that is as flat as these things get. If 3D is a turn off for you, then Flat will be for you. 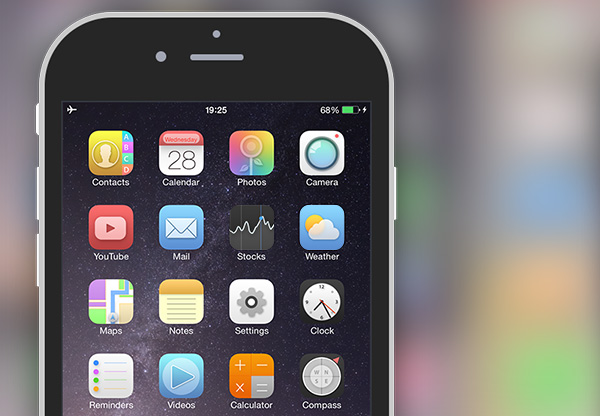 Yours for $1.99 and sat in Cydia’s ZodTTD & MacCiti repo, waiting to be downloaded, Aupi features clean, bright icons that match the wallpaper and has over 170 app-specific icons included for your delectation. 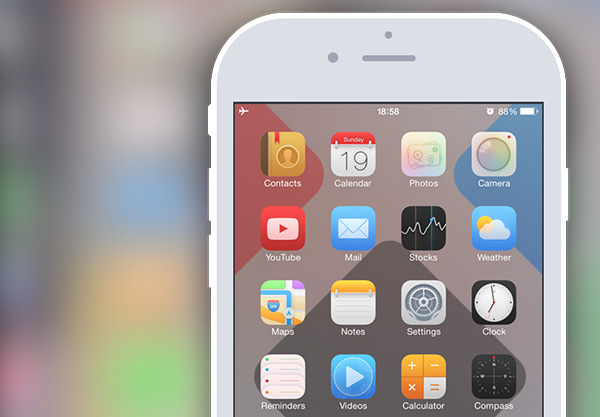 With icons that are a different take on the familiar icons already used by most of us, Rupi is available via the ZodTTD & MacCiti repository for $2.99 and looks clean without being too minimalistic. If you want something new without going the route trodden by many, then check this theme out.

And there we have it. 10, iOS 9-compatible themes for iPhone that will keep you going for a little while yet. Enjoy.