We’ve had an iOS 9 jailbreak that supports iOS 9.0, 9.0.1, and 9.0.2 for quite a while now, but there are still some popular and much-loved packages that haven’t been updated to support for the latest firmware. The good news is that we’re starting to see developers pushing out iOS 9 compatibility at an accelerated rate, meaning that if your favorite package hasn’t received support yet, chances are it will very soon. One of the latest to be made completely compatible with iOS 9, is the ever-present WinterBoard theming package for iOS.

WinterBoard has been a staple installation on jailbroken devices since the early days of iOS. In fact, in its current form, it still manages to offer support from iOS 2.0, all the way through to latest jailbreakable version of iOS 9, which is iOS 9.0.2. Jay Freeman, who is more commonly known as Saurik in the online world, has pushed out an update to WinterBoard, bringing the package to version 0.9.3919, and stating that it includes “the smallest possible update for iOS 9”. 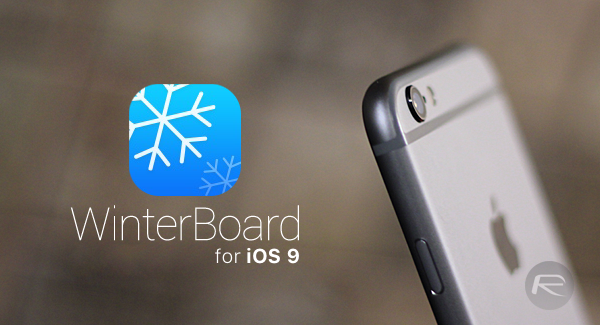 That’s great news for those who simply want WinterBoard functioning bug-free on their jailbroken iOS 9 hardware, but probably bad news for anyone who thought the update may come with additional power or functionality. The update may be small and represent a simple compatibly release, but it should be taken as a positive considering that up until now WinterBoard was effectively broken on iOS 9 iPhones and iPads, though some users were able to run it thanks to this small workaround fix for iOS 9, but it was nowhere near being ideal and wasn’t really a lasting solution for most users. Version 0.9.3919 essentially fixes the theming of the calendar icons, and also fixes the Spotlight crashing bug. Overall, users should be able to work with WinterBoard without running into problems from now on. 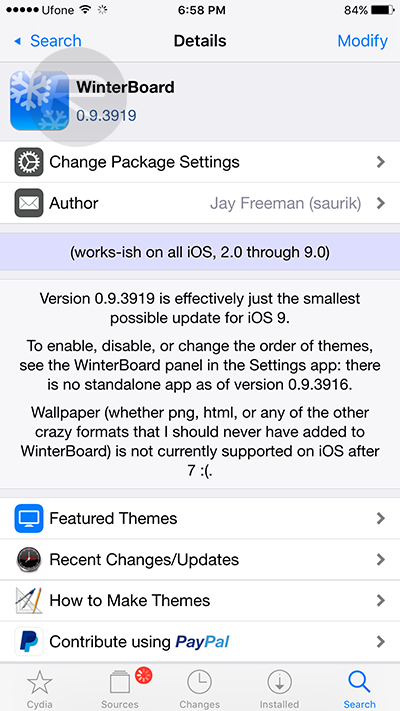 So, there you have it. Great news coming from Saurik for those who want to give their iOS 9 devices a major graphical and visual overhaul. The updated version, which is now available directly from Cydia, follows on from the previous versions in that it no longer contains a separate app icon that can be invoked from the Home screen. To enable, disable, or change the order that themes are applied, users need to access the WinterBoard preferences from within the native Settings.app on the iOS device.

If you’ve been waiting for trouble free theming on your iOS device, then go grab the updated WinterBoard right now.