Google has today launched a new Who’s Down mobile app, making it easier for people to see whether their friends are up for hanging out. The app, which requires an invite in order to use and is currently available for both iOS and Android, makes it possible for people to tell their friends whether they are free to hang out or not without ever having to type a word.

Using Who’s Down is a case of a user being present with the Who’s Down For question, with the end of that sentence being made up from a selection of popular choices or a custom entry. That question is then sent out to a user’s friends. Their friends’ phones then respond based on a switch that determines if they are up for hanging out or not, instantly presenting a list of available friends to the user who sent out the invite. 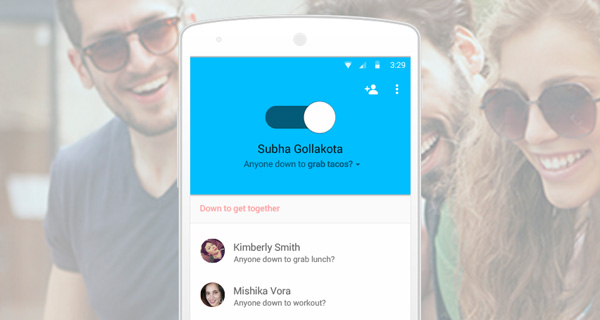 The idea is to cut down on the number of messages being passed around to find out something relatively simple – who’s around and wants to hang out? There is a built-in chat option, though, most likely to help chalk out plans in further detail. 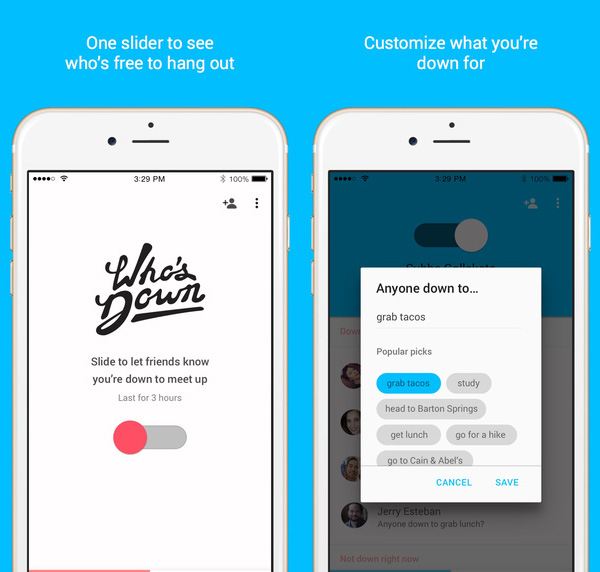 One of Google’s more strange apps, Who’s Down goes up against apps such as Swarm, a location-based app that was spun out of Foursquare a while ago. Making it easier for friends to meet up for events or get-togethers is exactly what Swarm was intending to do, and now Google’s Who’s Down may have stolen its thunder. We’re still not sure about its longevity, however, and the invite system is no fun for anyone. Asking for an invite is a case of downloading and launching the mobile app itself or heading over to the Who’s Down website and requesting one, but we’d rather the whole process just didn’t exist. 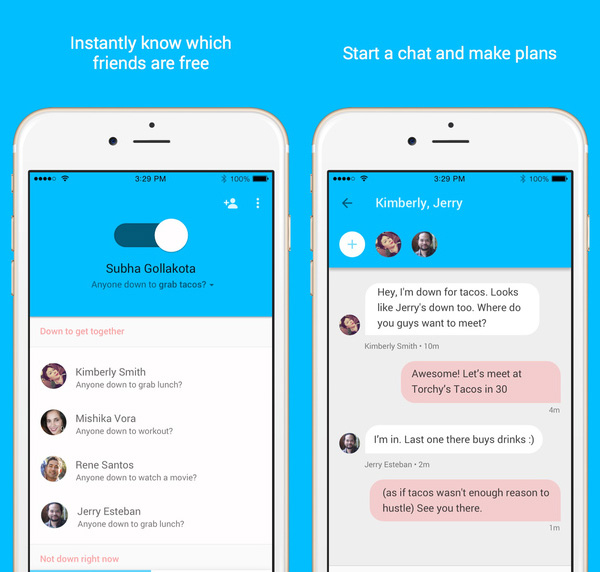 Call us old fashioned, but we’re ready for apps with invitation systems to go away. Just let us download your apps and try them, folks. If your servers aren’t ready, then don’t launch!

If you’d rather not waste time downloading the Android or iOS app, head on over to the official website at whosdown.com to request an invite.

(Download: Who’s Down for Android on the Play Store)

(Download: Who’s Down for iOS on the App Store)