ExoLens – a subsidiary of Fellowes – has officially announced that it has partnered up with world-renowned optoelectronics company ZEISS to launch a new set of smartphone lens accessories for the iPhone 6 / 6 Plus, and 6s / 6s Plus. These new lenses will not only appeal to hardened smartphone photographers, but also hopefully introduce a new standard in the smartphone lens market by integrating the cutting-edge technology that has made ZEISS a world leader in optics technology.

ExoLens has announced the creation of three individual lenses that would fit both 2014’s, and 2015’s iPhone range. iPhone owners with a keen interest in improving their smartphone photography skills will be able to choose from a wide-angle lens, a telephoto offering, and a macro lens for those magnified close up shots that we all love to take so regularly on our mobile devices. 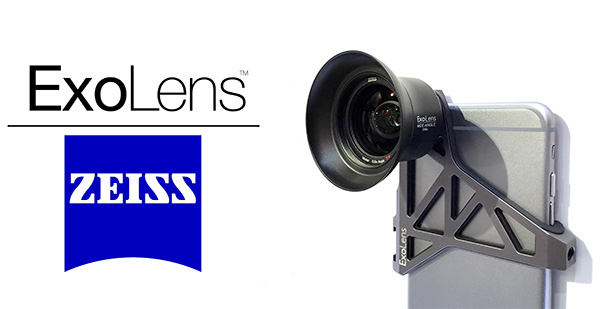 The optical design used for both lenses bears the name Mutar.

The macro lens complements the wide-angle and telephoto lenses and enables currently unparalleled close-up photography with a mobile phone camera. The optical design of the macro lens bears the name Vario-Proxar.

Each lens is manufactured in a gorgeous looking black anodized aluminum material and comes branded with the ZEISS and ExoLens names in white lettering on the front and side of the product. Of course, each lens also features the advanced ZEISS technology. 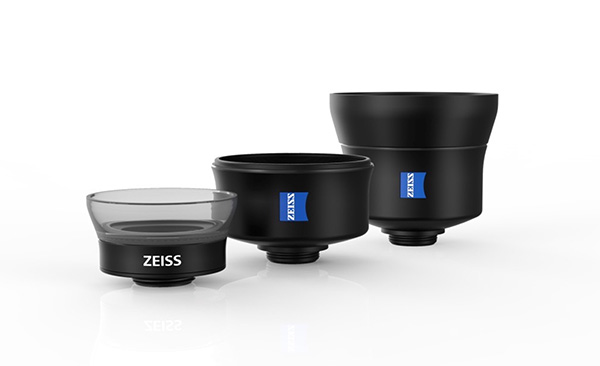 Each of the three lenses that is being offered in the first instance will ship with what ZEISS calls its T* anti-reflective coating, that has been researched and developed to minimize reflections and improve the amount of light allowed through the lens. Each of these lenses also require a special mounting tripod bracket manufactured by ExoLens that secures and holds the lens in place on the chosen iPhone model. It’s also worth noting that this mounting bracket isn’t universal so will need to be purchased for the exact device being used. 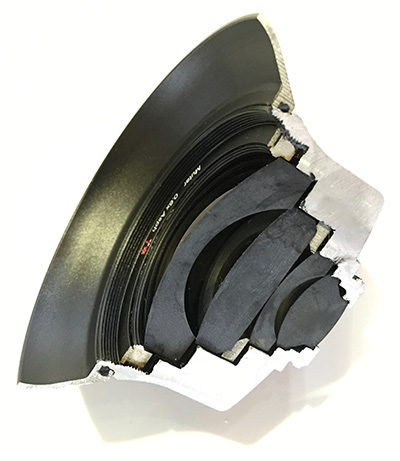 Carl ZEISS optics are generally considered to be the gold standard of photographic lenses and are commonly found in premium Sony digital cameras. There’s no granular information just yet on pricing for each of the three lenses being offered, but it looks as though all three will start to ship late in the second quarter of the year for the iPhone 6, iPhone 6 Plus, iPhone 6s, and iPhone 6s Plus. ExoLens has also expressed its interest in expanding support for additional devices going forward.