After starting out life as a Kickstarter project last year, olloclip’s Studio line of iPhone accessories is now ready for primetime, with the company announcing at CES that fans can expect to be able to get their hands on the Studio system in the next few weeks.

Designed to work with its existing lineup of lenses, olloclip’s Studio comprises of an iPhone 6s / 6 or iPhone 6s Plus / 6 Plus case and accompanying rail-mounting solution as well as a selection of accessories that can be used with it. The case is obviously the main part of the Studio setup, and it’s designed to keep an iPhone safe from all of life’s little tumbles. The fact it can be the mounting point for so much awesomeness is just a bonus! 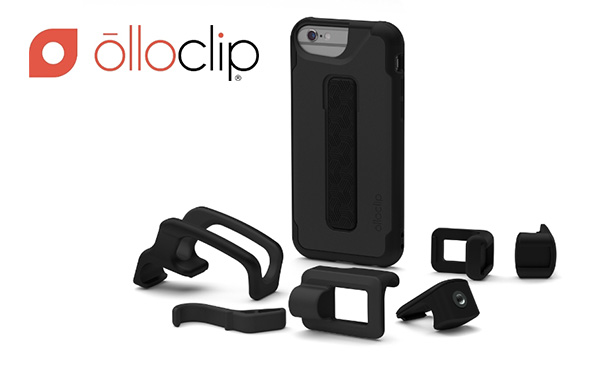 Those accessories mount via the rail-mounting system that lives on the back of the iPhone case, and allows the attachment of one of many different accessories. Those accessories have different uses, and include a finger grip, cold-shoe adapters, mounts, and a kickstand. The whole package will go on sale at some point this month and will cost $89.99 while pre-orders are already live on the the company’s website.

“When designing the Studio system, we realized the user experience and application needed to be as simple and efficient as our lenses. The end result is the most intuitive and effortless way to grip an iPhone while filming and shooting photos, enabling users to be more immersed in the capture process than ever before,” said Patrick O’Neill, founder and chief design officer of olloclip. “The new set of accessories and mounts are not only great for taking photos and shooting video, but also for new broadcasting applications like Twitter’s Periscope and social media favorites like Instagram, Facebook and Snapchat.” 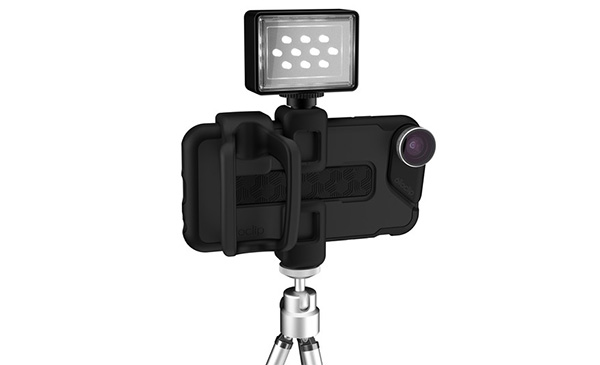 The iPhone is the world’s most popular camera as shown by stats offered up by the likes of Flickr, and some exceptional images can be taken with even the stock iPhone 6s and iPhone 6s Plus. Throw some of olloclip’s lenses and this new Studio kit into the mix alongside a decent third-party app like Camera+, and things can really kick into gear. The iPhone may not be the only smartphone capable of shooting great pictures, but as far as we know, it’s the only one that’s having photography accessories made specifically for it.