Intel’s Compute Stick always struck us as an excellent idea. In much the same was as the Raspberry Pi, who wouldn’t like the idea of being able to have a fully fledged computer in something so small and light that it could simply be plugged into any HDMI port you can find. The more you think about it, the more amazing it gets.

Unfortunately, as is so often the case, Intel’s first attempt at the Compute Stick wasn’t quite firing on all cylinders. Lacking in power, ports and networking capabilities, the Compute Stick needed work. Now Intel is ready to show what the result of that work was, and it’s actually rather promising indeed. 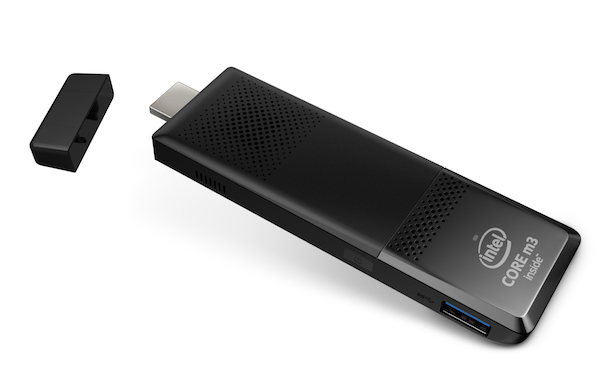 To kick things off, the entry level Compute Stick now comes complete with an Atom x5-z8400 CPU, 2GB of RAM and 32GB of storage loaded with Windows 10. Improved networking is taken care of by an 802.11ac chip and improved antenna and the whole thing costs just $159. That in itself was enough to get us interested. Then Intel mentioned that this thing comes with two USB ports on-board, and one of them is even USB 3.0 capable. The original Compute Stick had one USB 2.0 port, and that was all.

Not content with stopping there though, Intel also announced that there will also be two high-end Compute Sticks made available, one featuring a sixth-generation Core M3 chip and the other a M5 solution. Both options come with 4GB of RAM and 64GB of storage. The bad news is that there is only one USB port on the high end models, though to compensate for that Intel added a further two to the Compute Stick’s power charger, so you won’t be short of places to plug your mouse and keyboard into! 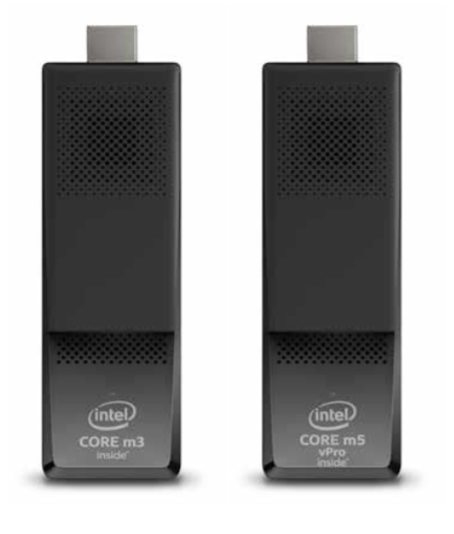 All three new models are considerably faster than their older brethren and the M3 and M5 versions of the new Compute Stick are even capable of playing back 4K video.

Intel’s Atom-powered second-generation Compute Stick is set to arrive in stores pretty soon, while the Core M3 and M5 models will begin production in February.

As for pricing, the Core M3 Computer Stick will cost around $399 with Windows 10, while the M5 model will sell for $499 although that particular model comes with no OS installed.