The first real iPhone 7 leaks are finally starting to happen, and while we are still likely a good nine months away from the arrival of Apple’s new flagship smartphone, excitement is already starting to bubble along nicely. Now, Taiwanese website Apple.club.tw has posted photos of what it is believed is a display backlight from the upcoming iPhone 7.

The part bears a resemblance to the backlight that is currently used in the iPhone 6s, though the 3D Touch chip and LCD flex cables are in different locations. With the iPhone 7 expected to feature an all-new industrial design when compared to the iPhone 6s, it stands to reason that the layout of its internal components is likely to change, also. 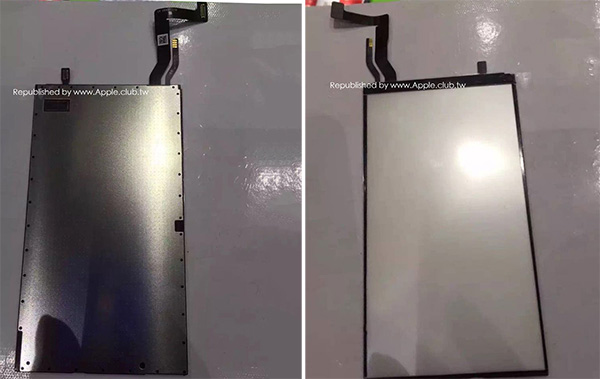 While most likely belonging to the iPhone 7, the website does suggest that the backlight could also originate from the unannounced iPhone 6c, though from our eyeballing of the images that have been leaked, this thing does look more like it belongs to something around 4.7-inches big, rather than perhaps a smaller 4-inch device, potentially ruling out the iPhone 6c.

Apple.club.tw has a strong track record for getting its leaks spot on. With leaks covering the iPad Air 2 and iPhone 6, the publication does seem to have its finger on the right pulse in Taiwan. That being said, we’re still waiting for the Touch ID that was claimed to be a part of the MacBook and subsequent accessories, so there’s precedent for the source getting things wrong. 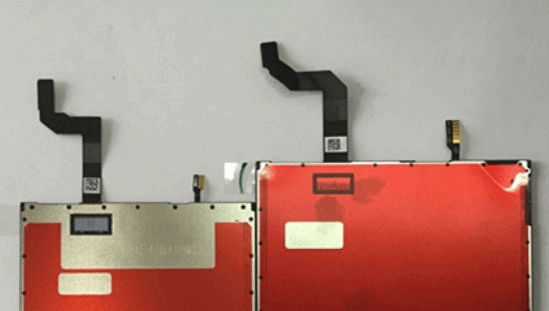 Rumors are already circulating with great gusto as to what the iPhone 7 will bring to the table later this year. Perhaps the most talked about aspect is what it might not have, though, with rumors once again having Apple dumping the 3.5mm earphone jack in favor of a Lightning and Bluetooth only solutions. Can we have a leak that shows the earphone port in all its glory so we can put that one to bed nice and early, please?