YouTube for Android has long since offered a great set of features, bridging the gap between two of Google’s foremost services. Today, the official app has been given a massive update, bringing the release number up to version 5.0. Full details of the improvements, as well as the download link, can be found after the break!

Whenever an app is bumped to a full number update, it’s usually a tell-tale sign that a little more work has gone into improvements than your run-of-the-mill bug fixes and performance enhancements, and version 5.0 is a rather dramatic, but very necessary overhaul. 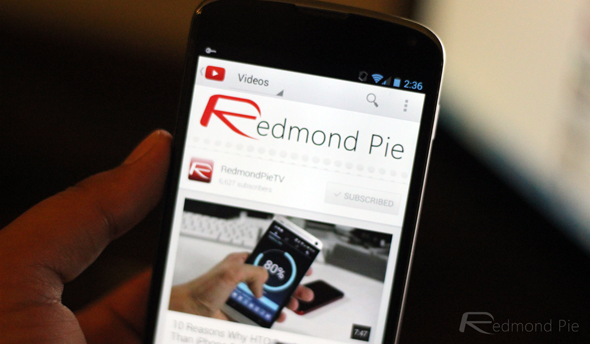 The first thing you’ll notice when opening the new YouTube for Android app is the interface, which has been significantly modernized. Not that the app was ever guilty of looking dated, mind you, Google has taken things up a notch with the introduction of a beautiful card-based UI – something designers and consumers alike seem particularly taken with at this moment in time.

One of the great things about Android is its multitasking, and Google has now treated the YouTube app to a bit of multitasking of its own. When watching a video, you can push it down into a smaller window by swiping down, and having tested it for ourselves, it’s an effortless, joyous procedure. It is, in essence, YouTube as it was always meant to be, and with your minimized window out of the way, you can continue using the rest of the app without issue. 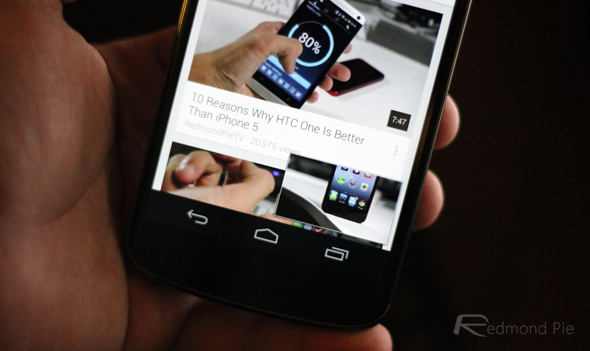 There is an abundance of other treats, too, such as the ability to search for playlists, and of you’re a big YouTube user on Android, believe me when I say that you’re going to thoroughly enjoy this update. 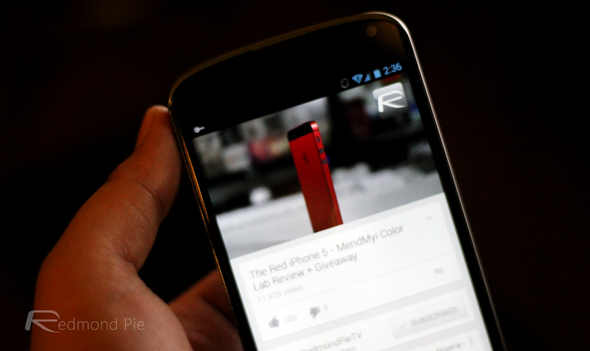 Those previous little annoyances, such as the lack of controls in landscape mode, are now a thing of the past, for those looking to enjoy widescreen viewing will also now be met with a subtle overlay of controls.

The update is wrapped up nicely with a new-and-improved icon, and to quote a little YouTube jargon, we’d definitely give this update the thumbs up.