I’m sure you’ve faced such a situation before: watching a video on YouTube on your (Android) smartphone and then wanting to watch the same video on a desktop or (if you have one) Google TV. The answer to this was announced today in the form of YouTube Remote, an official app from Google for Android 2.1+ smartphones. 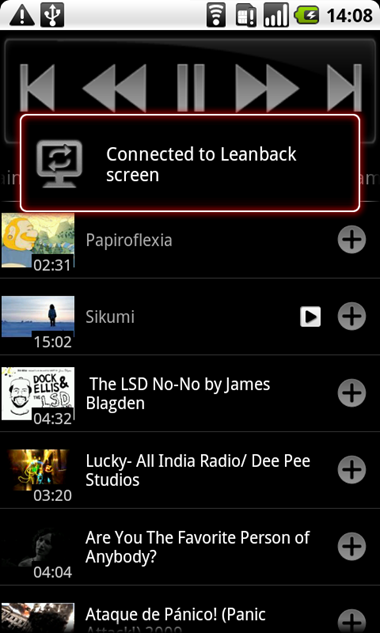 From the official blogpost:

Once the connection has been made, you can browse videos on YouTube, queue the ones you want and send ‘em straight to YouTube Leanback so you can watch them once you’re on your desktop / laptop or Google TV. It’s simple and it works.

It is only available in the United States of America right now, though. It will come to more countries “very soon”.

YouTube Remote can be downloaded directly from the Android Market. [BlogsDNA]