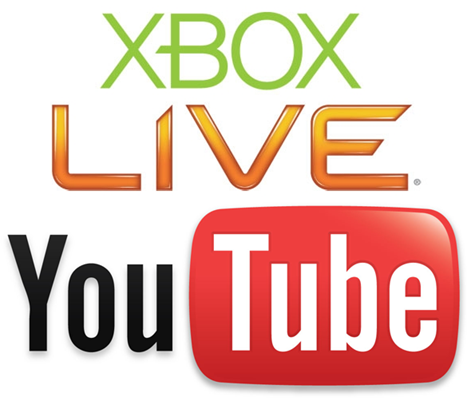 Google-owned YouTube was said to be getting in on the act later this month, but earlier than expected, YouTube for Xbox LIVE is now available to beta testers. Being the world’s most-viewed viral video site, a platform within Microsoft’s fast-advancing Metro UI should turn out to be a positive move for all those concerned.

YouTube for Xbox LIVE includes support for the immensely popular Kinect accessory, which turned out to be the fastest selling gadget of all time. As well as tasting a little of the Kinect Effect through the YouTube app, you can see your Watch Later, Playlists, Favorites, and Subscriptions. The like / dislike button is available, as well as captions and a preview of the video’s description. Intriguingly, there doesn’t yet appear to be a comments section, although with YouTubers not exactly renowned for their eloquence and diplomacy, it’s probably just as well.

HD playback seems to be functioning OK, but there are a few kinks which still need to be ironed out before it reaches the end-user. After years of grainy 240p videos, it’s nice to see YouTube and its many uploaders pumping out some high-res content. 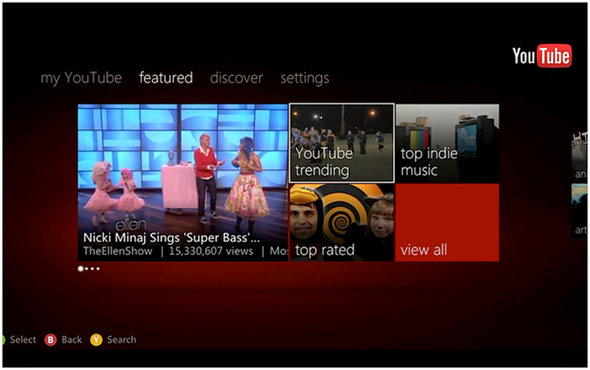 Although the update has been generally well-received, users have had a few little niggles, particularly with the interactive adverts. As a reminder, we have already posted a feature on how you can get rid of them, which you can find here.

Microsoft is taking the leading role in transforming consoles into more than just gaming portals. Rumors have suggested the next Xbox console, set to drop in 2013, will include an out-and-out console for the avid gamers, alongside a second unit which will sit as more of a home entertainment system for the streaming media market gradually creeping up on us.

The Xbox 360, despite being the second of a rather late series to the fold, is now the number one console on the market, with Sony and particularly Nintendo, left chasing their proverbial tails. Many analysts have argued Nintendo’s days are numbered, and should succumb to the call of the App Store, but what do you guys think?