You Can Watch 2014 World Cup Video Highlights Free Via Google, Here’s How!

Brazil and Croatia kicked off this summer’s World Cup with what can only be described as a controversial 90 minutes of action, but with three matches scheduled for today and more to follow, football’s most celebrated tournament is about to get into full swing. To mark the occasion, ESPN has teamed up with Google to provide official match highlights as search results, so if you miss anything, just Google it!

Although matches are spread across several hours in the day rather than being played simultaneously, it’s still not easy to catch every goal, red card and penalty. After all, depending upon your time zone and situation, there’s a good chance that you’re stuck at work or school when some of the big matches are being played, but if you want an easy way to recap on any match, Google and ESPN have you covered. 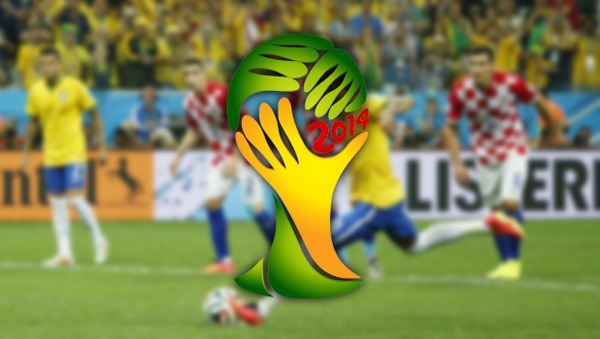 So, for example, a Google search for “Brazil vs. Croatia” or similar would allow you to watch an abridged version of the game courtesy of ESPN, and with all of the stats also supplied as standard, you won’t miss anything.

You can’t actually watch the highlights in-browser, though, which is a bit of a downer. You’ll still have to head over to ESPNFC.com, but it’s a small price to pay for quick access to the highlights. Moreover, you don’t need any kind of subscription to ESPN in order to watch the clips, so even if you aren’t tethered to one of the sports broadcaster’s packages, you’re still able to follow the World Cup via Google Search.

It works on desktop, smartphones and tablets, so no matter which device you elect as your particular weapon of choice, you’ll still be able to navigate to ESPNFC and catch up on what you missed the first time around.

As per ESPN, the service is “the first fresh in-game video highlights integration for sports on Google Search,” and accompanied by, as aforementioned, Google’s own integration of statistics, it should be the first port of call for any respectable football / soccer fan. 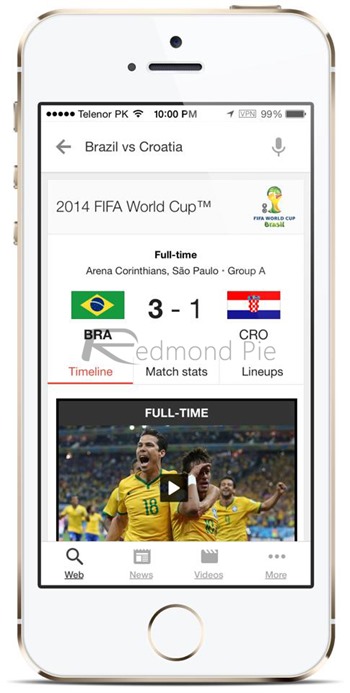 The opener couldn’t have been any more enthralling, with plenty of incident to set the tone for things to come. Hopefully, it lives up to its billing and continues to deliver the exciting, heart-stopping action we all love of the game.