You Can Now Play PS4 Games On Windows PC

Yes you read that right. You can now play PS4 games on your Windows PC officially thanks to an update pushed by Sony to PS Now service. Here are the details.

Brian Dunn, Senior Marketing Manager for PlayStation Now, has announced via PlayStation’s official blog that the PS Now gaming library has surpassed 500 titles. The surge is owed to the fact that he company has added PlayStation 4 titles to that catalog, with more games being promised in the coming weeks and months. 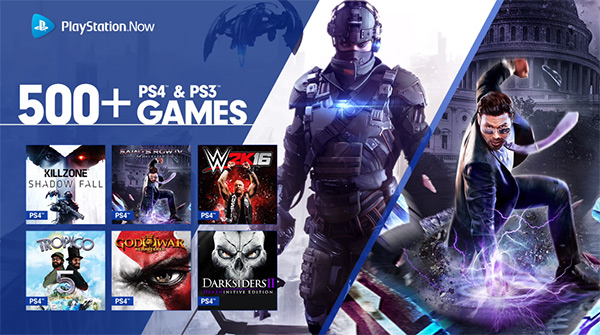 The PlayStation Now service has proven itself to be extremely popular with those individuals who own Sony’s hardware, or who have wanted to play any of the included titles on a Windows PC. That popularity is only likely to increase with the announcement that not only have PlayStation 4 games been added to the available catalog of titles, but that there are now over 100 publishers in the service, with those same publishers committed to offering even more PlayStation 4 and PlayStation 3 content during the rest of 2017.

The wonderful thing is that the PlayStation Now service is actually made up of an entirely diverse collection of content. Those subscribing to the service are able to get their hands on PlayStation exclusives like Killzone Shadow Fall, global blockbuster titles like Batman Arkham City, or even smaller titles published by indie houses, such as Journey or the stunning Broken Age.

It really is a service made of diversity, and Sony is even trying to entice more people in by bringing back the $9.99 introductory offer for new subscribers signing up for the first month. You also get a 7-day free trial when you sign up.

PlayStation 4 games making it onto the service include the aforementioned Killzone Shadow Fall, Tropico 5, God of War 3 Remastered, Dead Nation: Apocalypse Edition, Ultra Street Fighter IV, WWE 2K16, and Castlestorm Definitive edition. Of course, there are also more games in that list, but it shows what a diverse collection of content across multiple genres has been added.

The new sign-up offer being put on the table by Sony for the PlayStation Now service is only available until September 22nd, 2017, where it will rise back to the original pricing points for anyone upgrading or signing onto the service for the first time. And of course, as promised, there’ll be plenty of more content and titles to come across Sony’s hardware, pushed out by the 100+ publishers during the course of this year.