Uber is once again looking to delight and excite the tech-savvy population of San Francisco with its latest announcement.

The company, which originally launched in the Bay Area seven years ago, has finally announced that anyone looking to hail an UberX in San Francisco could find themselves being transported to their destination by a self-driving, fully-kitted out luxury Volvo SUV complete with all of the necessary kit and technological advancements to traverse the environment autonomously. 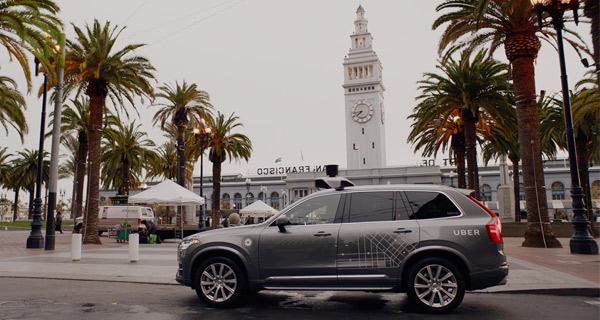 Uber has already been offering this service in Pittsburgh since mid-September, but starting from today, any individual in San Francisco, either full-time resident or simply someone passing through, and with access to the Uber app, can also hail an UberX to their location and find themselves presented with a gorgeous self-driving Volvo XC90.

That vehicle looks visually stunning from the outside, but is also kitted out in every sense of the word with a stunning leather interior, an integrated LIDAR sensor, and of course, a ton of technology and power in the rear that provides it with its autonomous functionality.

This is most definitely a huge step forward, not only for Uber as it aggressively pursues a future with more driverless vehicles, but also for self-driving cars in general as companies involved in that space look to craft a route forward that will convince regulators that we can actually envisage future where we live side-by-side with these driverless vehicles.

What’s particularly interesting here is that law in the State of California actually requires a test permit for self-driving vehicles, which Uber is not in possession of. However, each self-driving XC90 actually has a backup driver in place to take control if needed, meaning that the company is perfectly able to offer this type of service without that permit in place.

A spokesperson for Uber has confirmed that “all of our vehicles are compliant with applicable federal and state laws,” alluding to the fact that California defines an autonomous vehicle as a car that drives “without the physical control or monitoring of a natural person.” Uber actually has a fairly new deal in place with Volvo to purchase up to 100 of these stunning XC90 vehicles before the end of the year, with the end goal being to kit them all out with the necessary equipment needed to make them fend for themselves on the busy roads of San Francisco.

Users of the Uber app will be able to opt out if they simply don’t want to be greeted by a self-driving car, but come on, who is really going to pass up the opportunity to be part of the future unfolding before our very eyes?