You Can Downgrade iOS 9.3.3 Right Now While Apple Is Still Signing The Older Firmware

Owners of compatible iPhone, iPad and iPod touch hardware spread across the globe will now be more than aware that Apple has officially pushed the button on the public release of iOS 9.3.3.

We’ve already had a fairly intricate look into what the future holds for iOS thanks to the introduction of iOS 10 at this year’s Worldwide Developers Conference (WWDC 2016) back in June. iOS 9.3.3 could be the last version of iOS 9 before that release happens later this year, but it’s also worth remembering that just because it’s supposedly Apple’s “latest and greatest” version of iOS, it doesn’t mean that it’s going to play nice with all compatible devices. 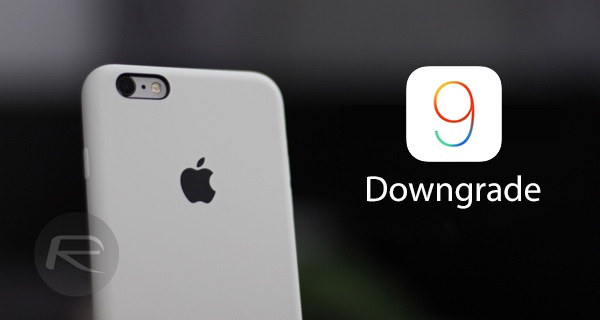 The fact that iOS 9.3.3 is still rolling out to iPhone, iPad and iPod touches around the globe means that Apple is still officially digitally signing the previously available iOS 9.3.2 as an active firmware install.

That’s great news for anyone who has upgraded to iOS 9.3.3, either on purpose or just accepted an upgrade alert without putting any thought into it, and has suffered an immediate and noticeable degrade in performance. Any lagging, noticeable battery drain, or degradation of performance will more than likely affect older devices that are still clinging onto support for iOS 9, but there is a real chance that issues could manifest on any device.

If that’s the case, then you’ll be pleased to know that a downgrade to iOS 9.3.2 is still entirely possible thanks to the aforementioned signing window still being active for that particular firmware. If a downgrade is on your mind, there are however a few things to consider. First of all, moving back from iOS 9.3.3 to iOS 9.3.2 is only really beneficial to device owners who are experiencing issues and difficulties with iOS 9.3.3. There is currently no active jailbreak solution available for iOS 9.2 to iOS 9.3.3 firmwares, which means that rolling back to iOS 9.3.2 will not leave your device in a jailbreak-able state.

Secondly, it’s also worth noting that once iOS 9.3.3 has started to get traction globally, Apple won’t keep the signing window of iOS 9.3.2 open for long. With that in mind, if you are thinking about rolling back the firmware on your device, then it would be prudent to act quickly before it’s too late. If you’ve taken all of those things into consideration, and still want to proceed with the downgrade to iOS 9.3.2, then you can follow our previous guide on how to downgrade your iPhone, iPad or iPod touch device here: How To Downgrade iOS 9.3 On iPhone Or iPad [Tutorial]. Just make sure you download iOS 9.3.2 final IPSW file from here first before following that tutorial.