Your mind really does get blown if you take the time to take a step back and actually consider some of the technical challenges and hurdles that individuals and companies overcome to produce cutting-edge products and accessories.

You may remember that just last month, a well-known developer Nick Lee teased a DIY hardware project that wrapped an iPhone in a hacked together case that allowed the device to dual-boot into Android. Impressive it most definitely was, but sophisticated in its build it was not. Now, a Chinese company Haimawan has taken things that one step further by releasing the MESUIT case that essentially does exactly the same thing achieved by Lee. 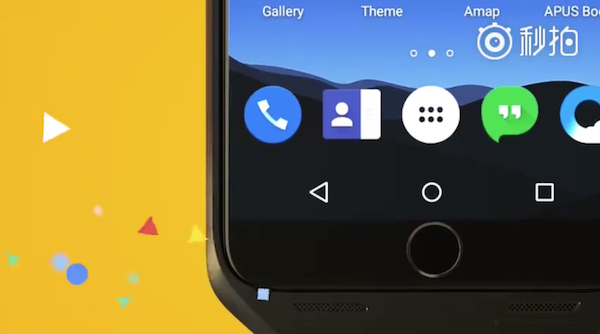 If we take a step back to Nick Lee’s attempt to home-based hackery, then we find ourselves looking at a home-made case that contained an enclosed circuit board with a modified version of Android 6.0 Marshmallow on it. That circuitry and underlying software was then combined with a custom iOS app running on the iPhone that allowed the user to boot into Android Marshmallow should they wish to do so. Haimawan’s solution is kind of identical, with the MESUIT containing special hardware running a custom MESUIT-skinned version of Android.

As with Lee’s rudimentary solution, the MESUIT case also comes with a dedicated iOS app that works in conjunction with the hardware to get Android up and running on the iPhone.

Unlike Lee’s project, the MESUIT also goes one step further by shipping with a built-in external battery available in either 1,700 (for 6/6s) or 2,500mAh (for 6 Plus/6s Plus) capacities with an additional 16GB of storage. It would seem that running Android on an iOS device is particular power hungry, making the built-in battery a god send. 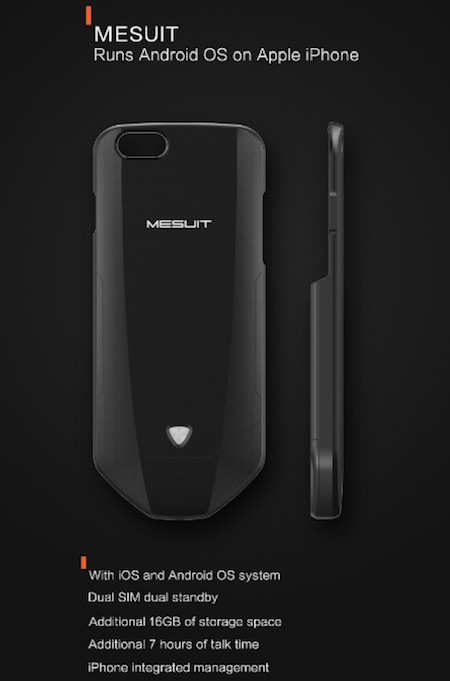 Lee’s creation may have been a feat of technical genius, and made even more impressive by the fact that it was done at home on limited resources, but the MESUIT is a commercial offering that will be sold through a company subsidiary for around the $150 mark in China for iPhone 6/6s and iPhone 6 Plus/6s Plus. There’s no word yet on when will it be available in the United States.