If you have been searching for an entirely whacky and non-practical way of running the Android OS on one of Apple’s iPhones, then developer Nick Lee once again has one of his genius home-brew concoctions for the world to take notice of.  You may or may not remember, but Lee is not only the CTO of Tendigi, but also an enthusiastic developer who loves tinkering with extra-curricular projects that generally border on madness.

After recently managing to get Windows 95 running on the Apple Watch, the developer has now developed a custom 3D printed case loaded with electronics that allows the iPhone to run the Android OS. 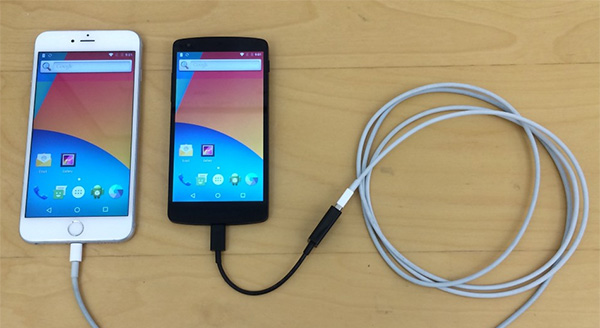 We would guess that a fairly high percentage of iPhone and iPad owners have wondered at one point or another what it would be like to have the Android operating system running on Apple’s hardware. People like Nick Lee, who have the time, the knowledge and the technical capabilities simply don’t sit and wonder. Instead, they pull together the necessary parts of the equation and just make it happen.

This time around, those necessary parts include a special 3D printed case that includes a circuit board, a battery, a boost converter and an internal resistor. All of those components are embedded within the printed case. The developer has managed to go through a number of case iterations from a design perspective to ensure that it’s kept as low profile and useable as possible. There are openings and cutouts in place for mini HDMI and USB ports, as well as a familiar looking opening for an SD card.

The Android part of the equation comes from a clone of the Android Open Source Project (AOSP), which he used for building a custom version of Android Marshmallow to install and execute directly on the embedded circuit board. When all of the parts are connected together, including the iPhone, the Android software is then booted from the iPhone Home screen through what appears to be a custom Tendigi app. 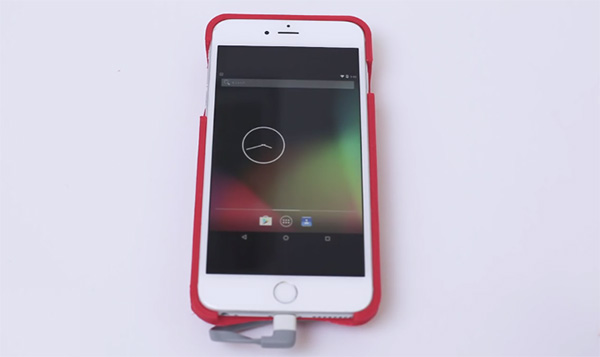 This isn’t exactly a project that the average iPhone user is going to be able to replicate at home. As you can imagine, it requires fairly intricate knowledge at a hardware and software level to be able to get it up and running. With that said, like many of Lee’s other projects, it’s an excellent insight into what it actually takes to get Android up and running on an iPhone.