Xiaomi Mi Store To Go Live In The US, UK, France And Germany Next Week

Xiaomi is headed to the United States and Europe, as the company looks to sell a few of its star accessories in the region via its online store – Mi.com. No this does not include any handsets or a plethora of products to choose from, but it’s a start.

Back in February at a press event, Hugo Barra mentioned that it was unlikely that Xiaomi’s smartphones will be headed to the U.S. later this year, but mentioned that the Chinese company was looking to bring the Mi.com website and some accessories to the country within this year. About two months later we are looking at Mi.com being available for buyers in the United States, United Kingdom, France, and Germany, though the page itself is a beta initiative right now and includes only four of the most popular accessories from Xiaomi. 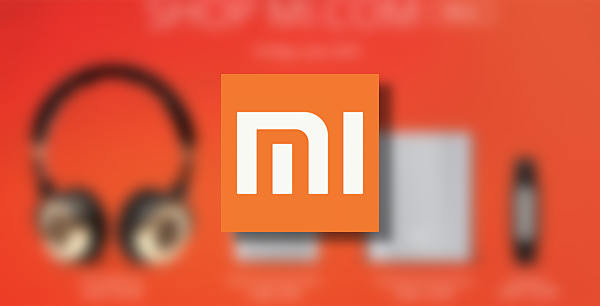 This includes the two aluminum cladded power banks coming in at 5000mAh and a whopping 10400mAh. Xiaomi is also throwing in its gold accented Mi Headphones, which according to a few reports produce some very nice audio quality for its price, and you can’t complain about the build quality either. The other star accessory happens to be the Mi Band; the company’s activity and sleep tracker with over 30 days’ worth of battery life, all under $15.

Xiaomi made this announcement on its Facebook page, and writes: “For the 1st time ever, fans in US, UK, France and Germany can shop on mi.com (beta test) and purchase star accessories like the 5000mAh and 10400mAh Mi power banks, Mi Band and Mi Headphones!” Apparently, the stock available through the website will be limited and chances are that it’ll clear out pretty quickly. Xiaomi says, “Very limited quantities will be available on 19 May, 1pm CEST. Sign up for a Mi Account (http://account.mi.com) now and log in early before the sale starts.” 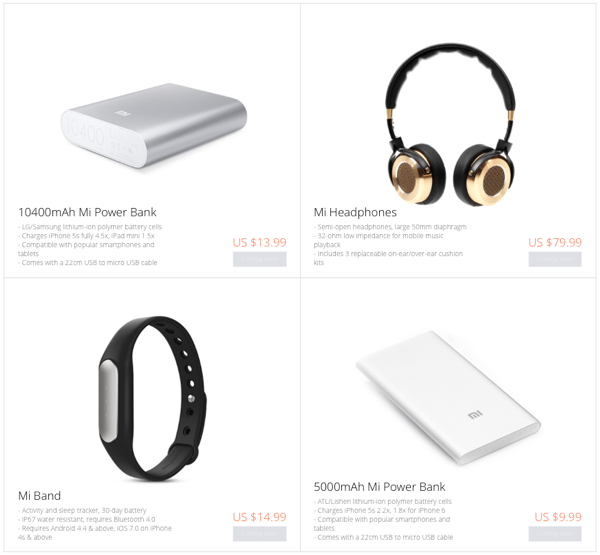 The sales will commence at 7am in the United States EST, so if you were looking to check out exactly what quality stuff Xiaomi is manufacturing, this would be the perfect time to grab a product or two. Outside of China, Xiaomi is still approached with a bit of skepticism as far as quality of products is concerned, but giving the international market a taste of some of its products could perhaps help the company erase that notion.