The Xbox One, as most of you will already know, retails at a full $100 more than its Sony-made rival – the PlayStation 4. The early PS4 teardowns suggested that its Japanese creator was making no money on the console itself, since the raw material cost was predicted to be in excess of $380, and considering a retail price of $400, it would be hard to glean much by way of profit. With the Xbox One shipping the new Kinect sensor, it was always going to be more expensive to produce, and with the first teardown now in, it seems that the Redmond’s next-gen machine costs a full $90 more than the PlayStation 4.

With this, we also learn that in actual fact, Microsoft isn’t making much – if any – money from the sales of the Xbox One. It appears as though both of these titans are banking on making money back from game sales and other content, and as you would expect, the reason the new Xbox is so much costlier than its main competitor is due to the Kinect sensor. 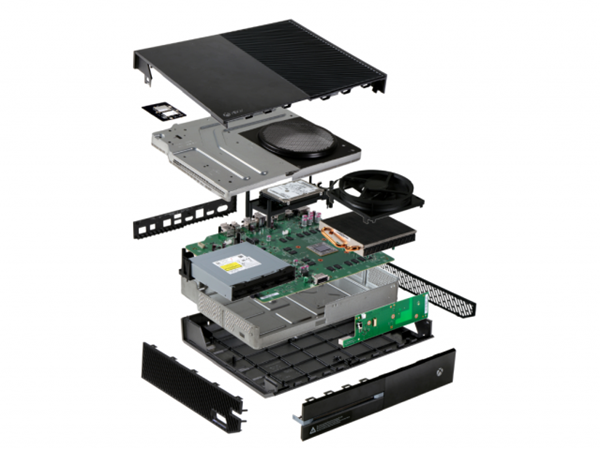 The PlayStation 4’s camera is sold separately, with Sony clearly convinced that it can provide an entertainment system without interactivity. The original Kinect sold well into the millions and has proved a massive hit, and from what we’ve seen so far, its successor is many times more impressive. With slick voice controls and gestures and much more to come as developers get to grips with it, the Kinect could emerge as Microsoft’s secret weapon, and it will perhaps need to considering the PlayStation 4 is both more powerful and cheaper than the Xbox One.

The Kinect’s $75 cost is the main difference between the two consoles, but as time progresses and production and material costs reduce, the potential for profit will then increase.

At the moment, though, it is thought by analysts that Microsoft is making a big loss on the One, a loss that could amount to $1 billion by the end of the year. But as the company knows, making a loss on the console itself and selling many millions of units will be a much more fruitful endeavor, and if it can topple the PS4 in the process, then even better.