The guys over at iFixit are at it again. After the detailed PlayStation 4 teardown, the team has now turned its attention towards Microsoft’s Xbox One. After delighting gamers for a total of eight years, the fabulous Xbox 360 workhorse has now been retired to be replaced with the Xbox One, but what will the iFixit teardown specialists think of the Redmond company’s latest hardware release? Although the clinical teardown operation is still a work in progress, the team has already found some great news for end-users that should make prolong the lifespan of the console, and an interesting fact on how the new console will avoid the red ring of death issue, which plagued the original 360 console.

As previously mentioned, the teardown of the Xbox One Day One Edition is still underway, meaning that we don’t yet know everything about the internal setup just yet. We do however know that the bundled 500GB hard-drive within Microsoft’s new console is a standard SATA II 2.5-inch piece of kit with 8MB cache. Microsoft didn’t exactly make it overly easier to get into the device and access the hard-drive, but if you manage to navigate around those little hurdles, then replacing the internal hard-drive should be relatively easy for the experienced. 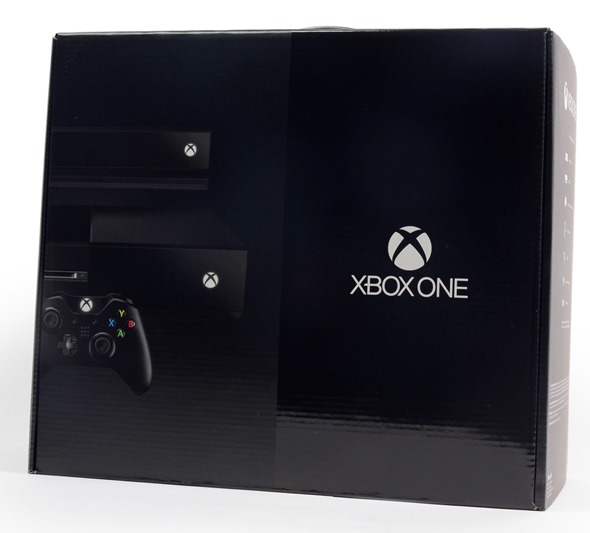 Not only did iFixit find it difficult to actually get into the console, but it seems Microsoft has gone out of their way to prevent access. A lack of fixing screws under the rubber feet means that prying the fan grille open appears to be the only way to successfully gain access to the internals. The cool, intricate hands of the iFixit team are particularly impressed with the fact that the Xbox One assembly lifts away from the lower case with relative ease. From a reparability point of view this internal design should go a long way to make things a lot easier for users to have their hardware repaired, should the need ever arise. 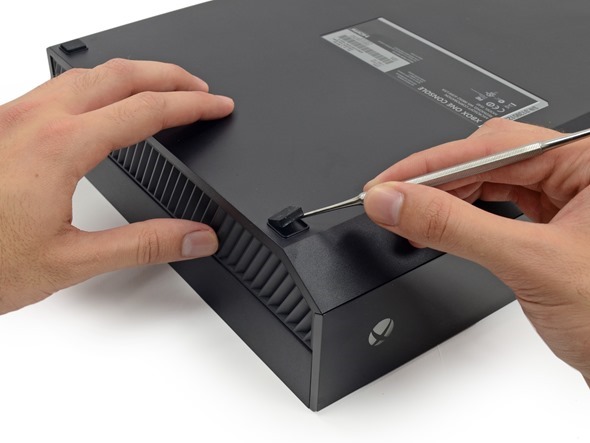 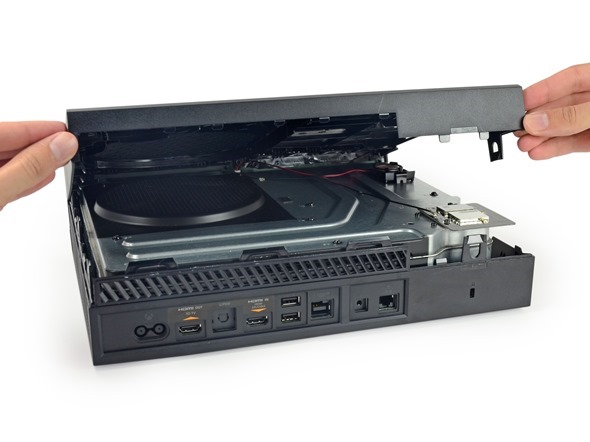 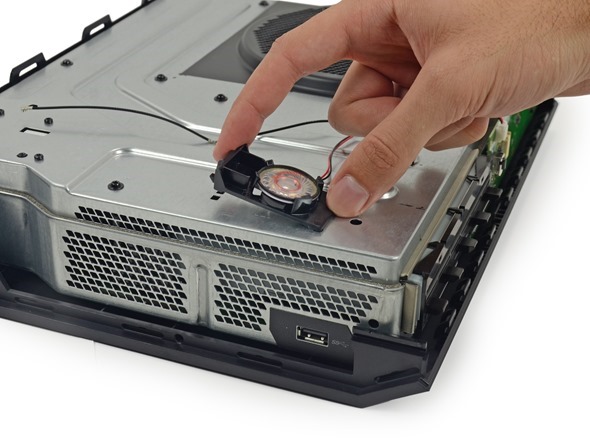 To put an even bigger smile on the face of Xbox One owners, it also seems that the easily repairable theme is repeated throughout the console internals. The integrated Blu-ray enclosure is fixed to the motherboard using a SATA data connector making it extremely easy to remove, replace and repair if required. We’re yet to see any real shocks coming from the teardown, but it’s great to know that if you’re prepared to void your warranty – as most seem to be these days – then replacing vital components shouldn’t be that difficult. And if you remember the original Xbox 360 launch, the console was plagued with the red ring of death issue, which meant that the console had gone into meltdown and must be sent out to be replaced / repaired. To avoid this, the Xbox One houses a giant cooling system, which ultimately lead to a much giant overall housing for the console, to keep things on the cooler side of the fence. 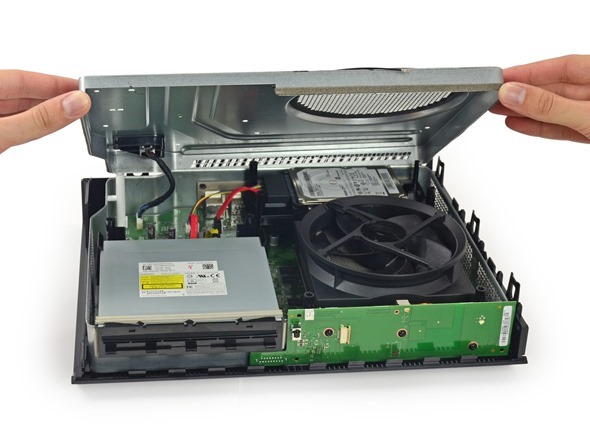 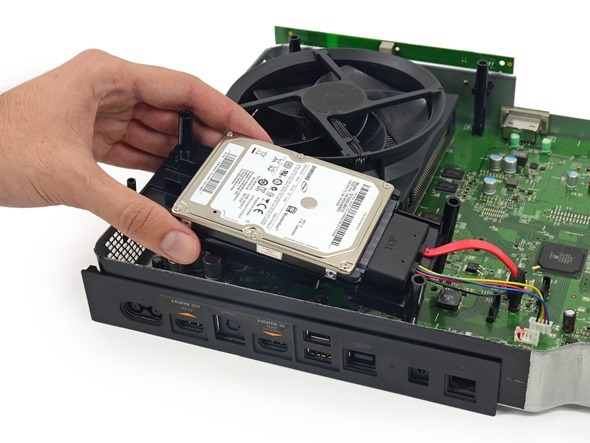