If you’ve be the owner of an iPhone for any length of time, the chances are you’ve had that heart-stopping moment when said iPhone has slipped from your grasp, or been knocked off a table. Cue that anguished look on your face as you gaze helplessly at your expensive smartphone as it tumbles towards, invariably, the world’s hardest flooring. Why is it never nice thick carpet, anyway?

If you’re really lucky, you’ve had this happen with no ill-effects. We’ve dropped our fair share of iPhones and so far, touch wood, we’ve never properly broken one. But plenty of people have, and they’ve had them repaired.

But have you ever stopped to wonder what happens to the parts that get replaces? Just think for second how many smashed iPhone 4 or iPhone 4s rear panels there must be in the world – we’re going to guess it’s more than a few. And most of them apparently end up in landfills. At least, that’s what Chris Koerner is telling us. 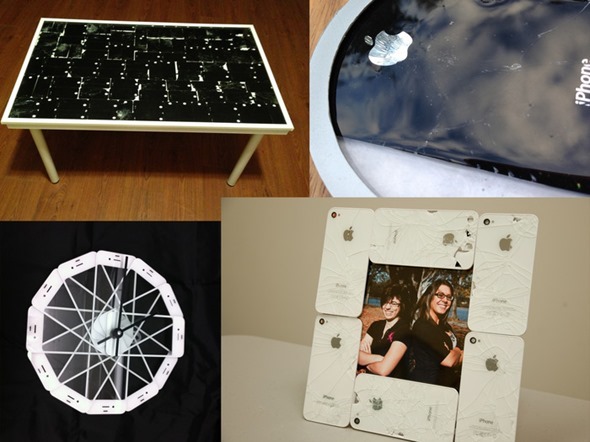 Koerner is currently the owner of  a Kickstarter project that hopes to take all those broken iPhone parts and repurpose them or, as Koerner likes to say, ‘upcycle’ them.

Currently a couple of thousand dollars into its $10,000 target, the Kickstarter project is aimed at those of us that think Apple is already a thing of beauty and would like to have something in their home that is made out of iPhone parts. Like a picture frame for example. Or a coffee table. 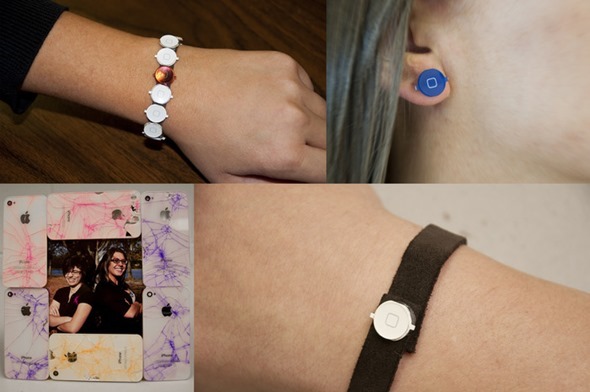 Koerner used to be an iPhone repairman, so he’s no stranger to messing around with iPhone parts, and after realizing how many were being discarded every day he decided to try and turn them into something useful, and this Kickstarter was born. 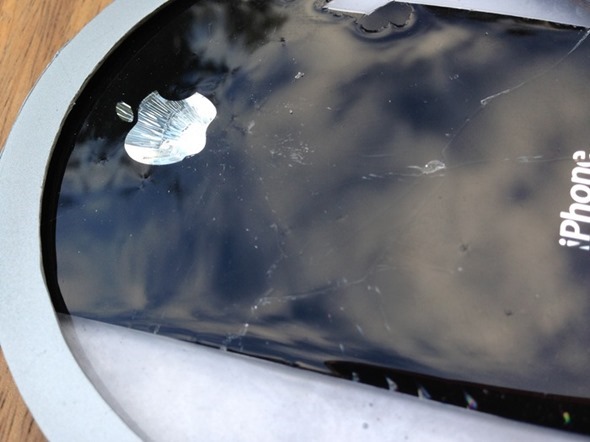 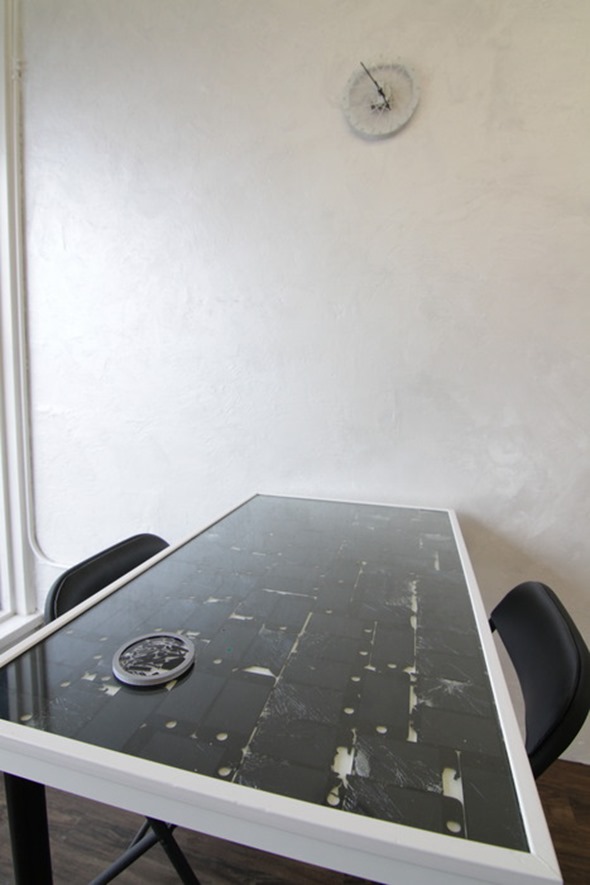 It’s not all that expensive either. Backers can get in on the ground floor for just $10, with an iPhone glass and resin keychain winging its way in the other direction. Those with a little more cash in their pocket can splash out $300 on a table inlaid with iPhone rear panels, should they so wish, too. It’s not our favorite table in the world, but it’s certainly different.

The Kickstarter project ends on December 18th and still has some way to go before it’s fully backed. If you’re up for it, get backing today.