Tech evolves in many different ways, and although we tend to focus our attentions on the mobile industry, Philips has demonstrated that there is still room for interesting niche products with its Hue bulb collection. The beautiful, colorful glimmer emitted by the bulbs is glorious in itself, but by integrating with mobile devices for control of colors, dimness and other such settings, geeks far and wide have been sucked in by their glow. Philips may have been fairly unrivalled in this market hitherto, but the  Lumen Bluetooth 4.0 LED bulb looks set to change all that. The company took its idea to the crowded world of tech start-ups, and is now set to hit a retail outlet near you. Details after the break.

Although there are some practical uses attached to owning some color-switching LED bulbs, the main attraction – aside from their obvious eye-catching nature – is the “cool” factor. In fact, I’d go as far to say that, for the cost, you’d be hard pushed to find anything quite as eye-opening as a mobile-controlled LED bulb, and while you may already have become accustomed to Philips’ way of enjoying this increasingly-popular pastime, Lumen’s own effort works a slightly different way. 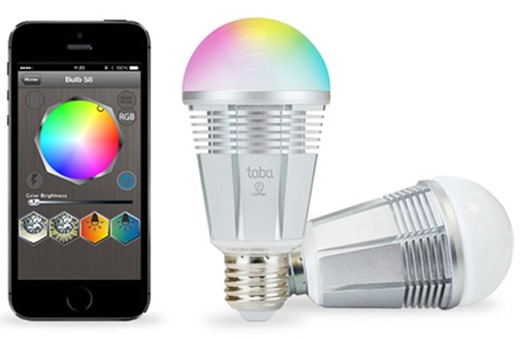 Whereas the Philips Hue’s setup encircles a base station that connects to a Wi-fi router, Lumen’s TL800 Bluetooth 4.0 LED bulb, connects directly to your device using, as the sharper-minded among you might already have guessed, Bluetooth. As such, there’s supposedly less faffing around, since all you need to do is screw the bulb in, download the app, pair phone and bulb and hey, presto! 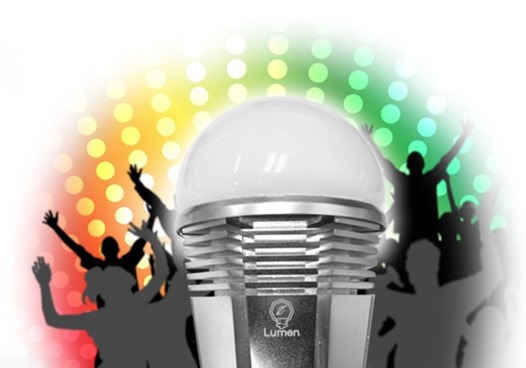 Lumen claims the $69.99 bulb will last for 30,000 hours which, if you were to keep it alight for twelve hours a day, equates to around seven years; not bad going for a less than ten buck a year investment. Then again, you’re probably going to need a few bulbs to turn this geek treat into a real party. 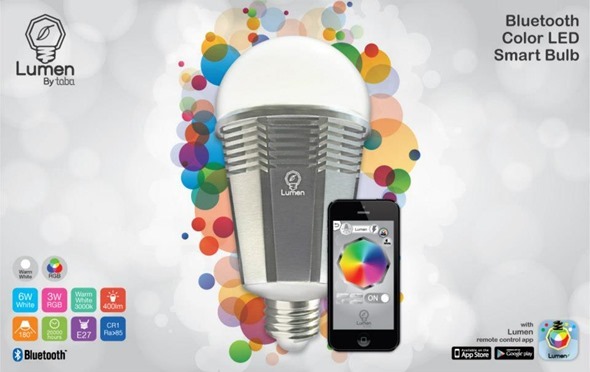 You get a white light as well as the RBG pallet, which can be mixed for a total of 16 million color combos.

With a bunch of different modes – yes, there is a disco feature that sees the TL800 flash in time to your music – it’s definitely a fun product, and although each bulb can only be controlled by one device at any point, the system largely redeems itself by allowing up to ten bulbs to be helmed by a single smartphone or tablet.